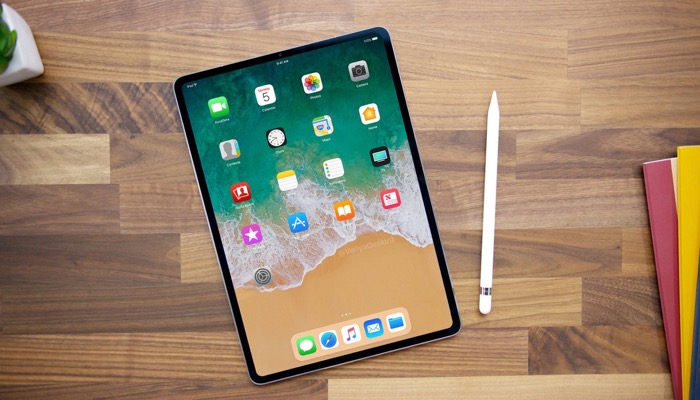 Apple’s iPhone X ditched the home button, fingerprint scanner and introduced Face ID. Now it would appear that Apple has similar plans for the 2018 iPad Pro. The company will apparently release a new iPad with an ultra slim bezel.

Apple will be making some major changes to their 2018 iPad Pro, the device will probably be powered by the Apple A11 Bionic mobile processor that is found in the iPhone 8, 8 Plus and of course the new iPhone X.

The news of this new iPad comes in a report from Bloomberg’s Mark Gurman who has revealed that there will be at least one new iPad Pro, possibly the 10.5 inch model with Face ID, a slim bezel like the iPhone X and also come with a new Apple Pencil.

Apple’s iPad Pro has helped the company increase their iPad sales which were previously in decline. Apple recently reported increase revenue on their iPad range of 14% in their latest financial results. A completely new model with new features and design could help Apple increase sales of their iPads again.

The new iPad Pro is not expected to come with an OLED display like the iPhone X, the tablet will probably continue to use an LCD display. Apple will apparently launch the new iPad Pro just over a year after the 10.5 inch model. This means that we could see this new iPad some time in July or August of 2018.