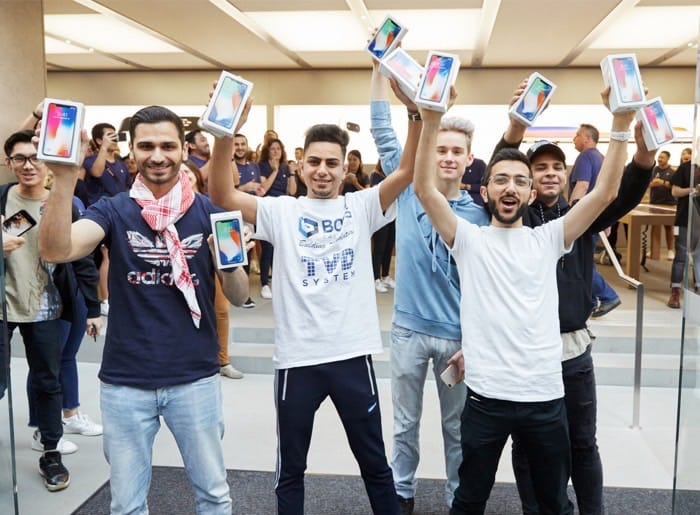 Ever since the iPhone X launched the shipping on the handset has been at 5 to 6 weeks. This dropped to 3-4 weeks recently. Now it would appear that things are improving in the UK, Apple is now showing a shipping time of two to three weeks for the handset.

This means that people ordering the new iPhone X now, should get their handset in time for Christmas.  A number of other European countries are also showing shipping times of 2-3 weeks. Apple’s online store in the US is still showing a shipping time on the iPhone X of 3-4 weeks. This could possibly change soon as Europe has changed.

Demand for Apple’s new iPhone continues to be high, the handset is Apple’s most popular smartphone to date. It could end up being the company’s most popular product ever. The device comes with a completely new design, this is the first major redesign of Apple’s iPhone for a few years.

The handset also comes with new features like Face ID which is used to unlock the handset and also for Apple Pay. The new iPhone is Apple’s first handset to use an OLED display and it is powered by the new Apple A11 Bionic processor, we have already seen this perform well in benchmarks.

Apple’s new iPhone is expected top be in high demand until the new year, it could take Apple a while to catch up with the demand for the handset.