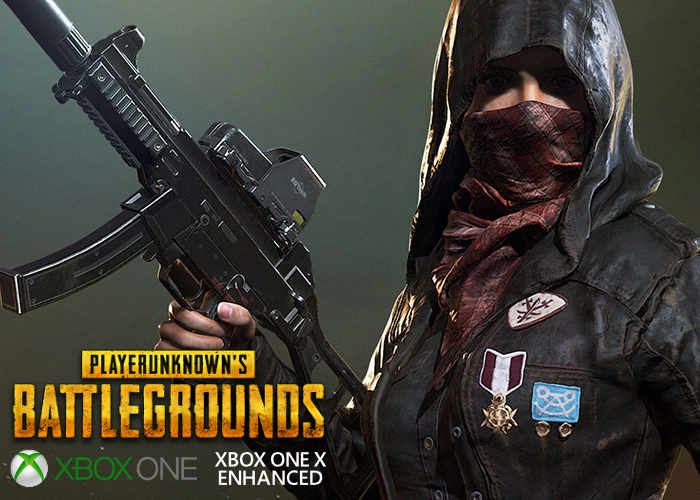 After a long wait the highly anticipated launch of PlayerUnknown’s Battleground on the Xbox One has finally arrived and the Battle Royale first person shooter is now available to enjoy on the Xbox platform. Check out two hours of Xbox One X PUBG gameplay below to learn more about what you can expect to encounter in this awesome game which took Steam by storm even before it was released as a final game. Within PlayerUnknown’s Battlegrounds up to one hundred players parachute on to an island map to fight any last person standing deathmatch.

Each match starts with players parachuting from a plane onto a map area approximately 8 by 8 kilometres (5.0 mi × 5.0 mi) in size. The plane’s flight path across the map varies with each round, requiring players to quickly determine the best time to eject and parachute to the ground. Players start with no gear beyond customized clothing selections which do not affect gameplay. Once they land, players can search buildings and other sites to find weapons, vehicles, armor, clothing, and other equipment.

These items are procedurally distributed throughout the map at the start of a match, with certain high-risk zones typically having better equipment. Killed players can be looted to acquire their gear as well. Players can opt to play either from the first-person or third-person perspective, each having their own advantages and disadvantages in combat and situational awareness; though server-specific settings can be used to force all players into one perspective to eliminate some advantages.

PlayerUnknown’s Battlegrounds Xbox One Gameplay! From the makers of the best-selling PC phenomenon, PlayerUnknown’s Battlegrounds drops players into a competitive survival battle where you’ll engage in a heart-racing fight to be the last player left alive. Loot supplies, find weapons and gear-up to take on the competition in a solo or team squad match. Emerge the lone survivor in a thrilling game experience full of unexpected, adrenaline-pumping moments.