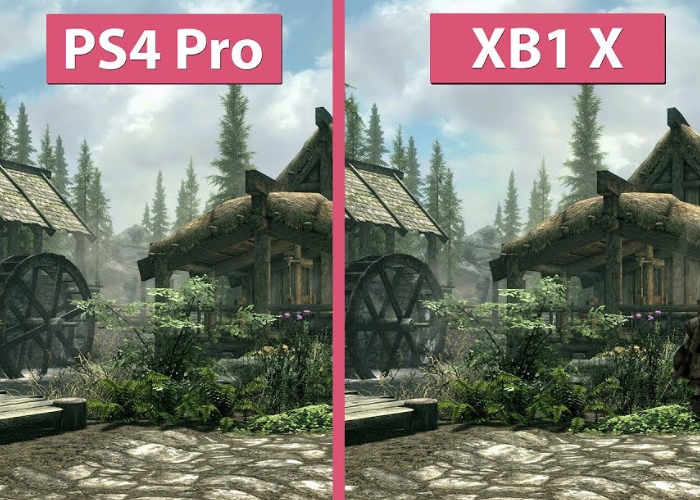 If you are interested in checking out how the new Xbox One X Skyrim 4K update enhances the game on Microsoft’s most powerful console to date. You are sure to enjoy this 15 minutes of gameplay footage taken from the Xbox One X after the Skyrim 4K patch has been installed. The footage has been recorded in HD gives you a good impression of what you can expect from the graphic enhancements, tweaks and improvements.

The video below has been recorded @4K 60fps directly from a Xbox One X Project Scorpio Edition, not a TV. The Skyrim Xbox One X Enhanced patch is about 800MB insides to download and adds 4K Dynamic resolution as well as enhanced sunlight effects to the game which is now pushing seven years old. Check out the footage below to see the new improvements and let us know what you think in the comments below. Also check out the PC vs. PS4 Pro vs. Xbox One X frame rate and graphics comparison video embedded below for more data and comparisons.

Just a few weeks ago Bethesda made available their Skyrim VR game which has been rebuilt from the ground up specifically for virtual reality and is now available to play on the PlayStation VR platform. Bethesda will also be making Skyrim VR available sometime next year for the HTC Vive and in a few days time will be launching the Fallout 4 VR game for fans to enjoy.