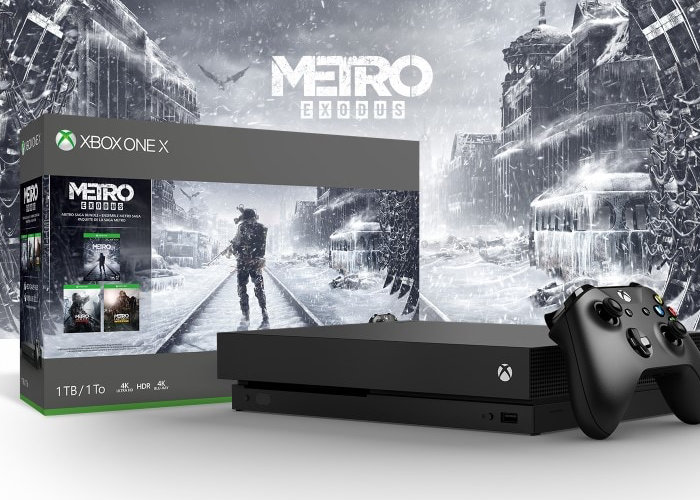 Ahead of the launch of the new Metro Exodus game launching on PlayStation 4, Xbox One and PC systems on February 15th, 2019. Microsoft has unveiled a new Xbox One X Metro Saga bundle priced at $500. Providing full game downloads of Metro Exodus, Metro 2033 Redux and Metro Last Light Redux to enjoy.

A new story trailer has also been released for the upcoming Metro Exodus single player, first-person shooter, survival horror adventure based on Dmitry Glukhovsky’s novels and after the events of Metro 2033 and Metro: Last Light. “Set in the post-apocalyptic wasteland of the former Russian Federation, the player must cope with the new hazards and engage in combat against mutated creatures as well as hostile humans.”

“Narrated from the perspective of Anna, the Spartan Order’s top sniper and Artyom’s wife, the Story Trailer explores the hostile world of Metro Exodus that lies in wait for the crew of the Aurora as they flee the ruins of Moscow and embark on an epic year-long journey into the unknown. Artyom always believed that there was life beyond the Metro—now his hopes and dreams will be put to the ultimate test in the crucible of the Russian wastelands. “

For more information on the new Xbox One X Metro Saga bundle jump over to the official Microsoft Store where it is now available to preorder priced at $500.