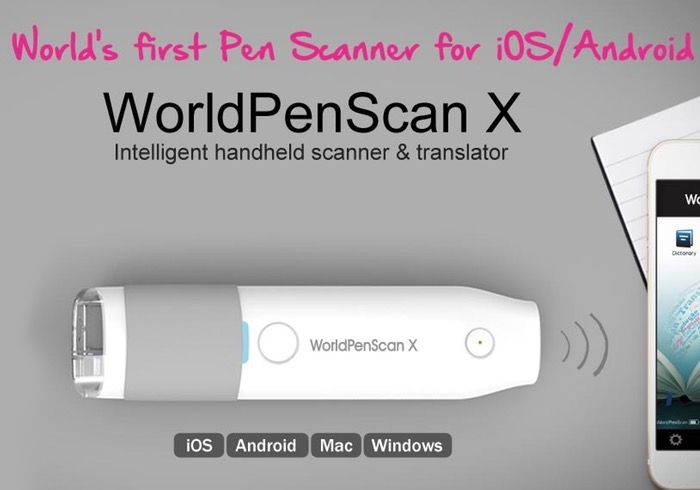 A new tiny handheld document scanner called WorldPenScan X might be worth more investigation to anyone who needs to transfer paper documents into digital files quickly and easily whilst on the move.

The WorldPenScan X has been designed to support iOS, Android, Windows and Mac OS X systems and is small enough to slip inside your pocket. To be easily available when you need to transfer a paper document into a digital format. Watch the video below to learn more about this handy handheld document scanner.

The WorldPenScan X connects to your smartphone or tablet using Bluetooth 4.0 LE and is currently looking to raise $30,000 in pledges over on the Kickstarter crowdfunding website. PenPower USA its creators explain a little more :

“PenPower specializes in the development of innovative devices with built-in smart human-machine interface technologies. With the success of Chinese handwriting recognition, PenPower built its name in the field and was able to invest more resources in other automatic recognition technologies such as voice recognition, optical character recognition and business card recognition.

Nowadays, everyone has a smart phone. We considered developing a cutting edge pen scanner which can work perfectly with smart phones.  There could be many situations in which we may need a pen scanner…… “

For more information on the new WorldPenScan X scanner jump over to the Kickstarter website for details and to make a pledge from just $89 to be one of the very first to own this new and innovative handheld document scanner via the link below.