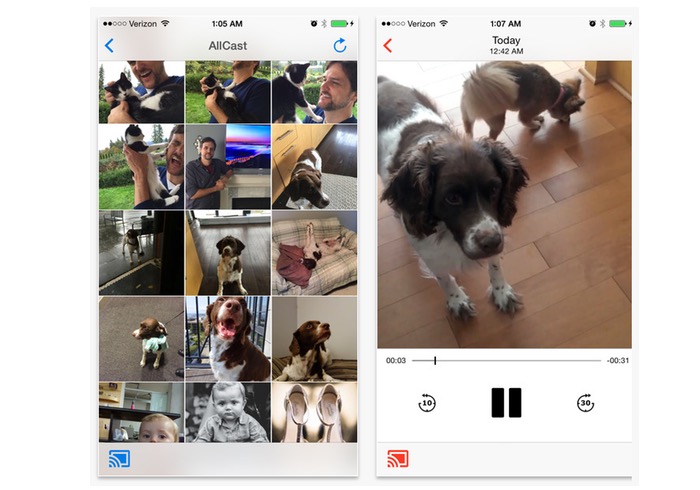 Android users have been enjoying the free AllCast app for sometime and the AllCast iOS application has been in beta testing for a number of months.

But today the company has finally announced the move from its beta testing phase of development to final release, and the AllCast iOS application from later today will finally be available to download from the iTunes App Store.

The AllCast iOS application follows on from its launch on the Google Play Store where it has provided an easy method of viewing photos and videos that may be installed on Dropbox, Instagram or iCloud on your mobile device on a large screen TV thanks to its streaming technology.

Once installed on your iOS simply open the application and grant it access to your photo library then select the icon in the lower left of the application screen, (as you can see in the image above) to send it to your desired streaming box. Hardware currently supported includes Apple TV, Chromecast, Fire TV, Roku, Xbox and some Samsung, Sony and Panasonic Smart TVs as well as other DLNA Renderers.

For more information on the new AllCast iOS application jump over to the iTunes App Store for details and the ability to download and install on your Apple device that needs to running Apple’s iOS 8.0 operating system or higher.