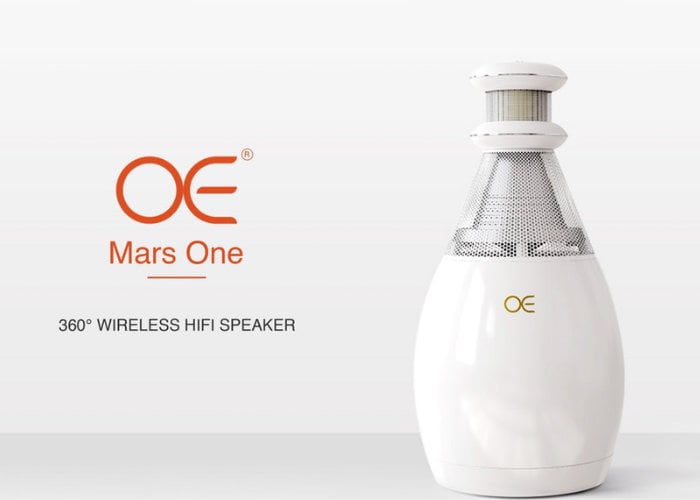 The development team at OE have created a new 360° wireless speaker that is capable of producing surround sound to fill your home. Watch the demonstration video below to learn more about the OE Mars One 360 wireless speaker which is this week launched via Kickstarter to raise the required funds needed to make the jump into production. Early bird pledges are available from $499 or roughly £382 offering a 35% saving off the recommended retail price of $750, which will take effect once the Kickstarter campaign comes to an end just over 45 days.

Features of the OE Mars One 360 wireless speaker include :

“In order to achieve the highest standard of music reproduction, we dedicated ourselves to perfecting the 360-degree all-round sound speaker technology for eight years. Since then, we have created the world’s first 360° pneumatic tweeter unit and 360° ribbon tweeter made with a new generation of 360° all-round speaker units.”

For more details on the 360 ribbon tweeter, 360 aluminium-composite diaphragm midrange unit and complete list of all available pledge options jump over to the official Kickstarter project page by following the link below.