When Microsoft removed the Start Button and Start Menu from their latest Windows 8 operating system it caused quite a backlash from Windows users who considered the removal of the Windows Start button a mistake.

However now after millions of Windows users have requested Microsoft replace the Windows Start button, Microsoft has today announced at its Build conference that it will be doing just that and re-instating the old Start Menu for Windows users to enjoy once again. 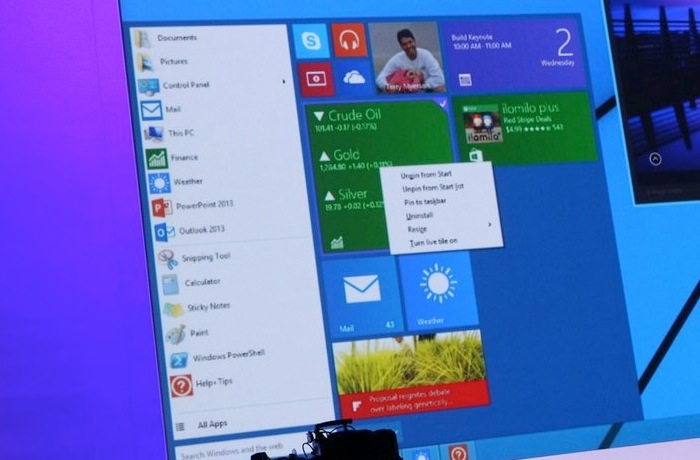 During the presentation Microsoft also announced that a new mode will also be launching soon that allows modern Windows 8 universal applications to run inside the desktop environment. Windows 8 applications running on the desktop will have their own windows and the feature is sure to make a lot of Widows users happy.

However the new desktop features will not replace the current Windows environment and Microsoft explains that the full-screen Start page and applications shortcuts will still be available for users who would like to use them.

A major new Windows 8.1 update is expected to be rolled out later this month by Microsoft but unfortunately neither of the new features will be available within this update. But as soon as more information is revealed by Microsoft and a release date for the new features is announced we will keep you updated as always.