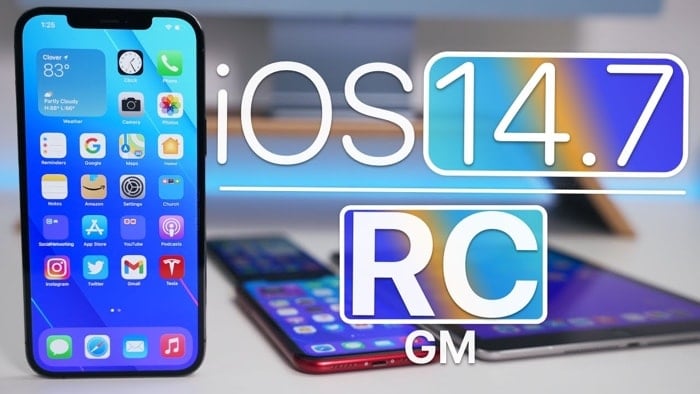 We previously saw a speed test video of the new iOS 14.7 RC or Release Candidate software and now we get to find out more details about this update.

The Release Candidate is usually the final test version of software after the beta releases. This is normally the version that Apple releases to everyone, this is assuming that no bugs are found in this version.

The video below gives us a look at the changes and the new features that are coming to the iPhone with the iOS 14.7 software update.

This update enables the new reverse charging feature on the iPhone 12 and the MagSafe Battery Case that Apple announced recently.

There are also some updates for the Wallet App with the new Apple Card Family feature that lets you share your credit with someone else. There is also a new feature on the HomePod where you can control timers on the device from your iPhone.

We are expecting Apple to release the final version of iOS 14.7 some time next week, as soon as we get some more details on the release date we will let you know.