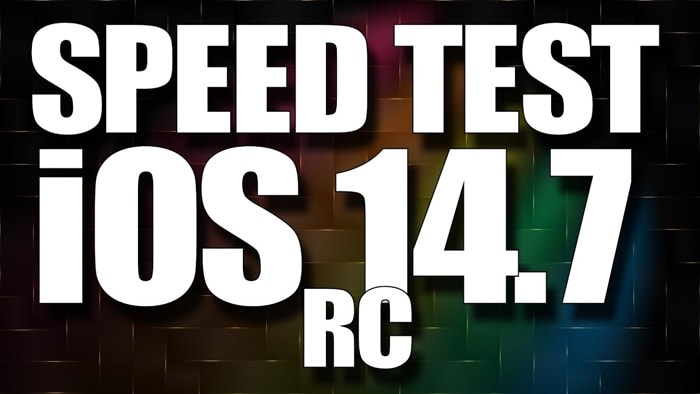 Apple released their iOS 14.7 Release Candidate software yesterday, this should be the final version of iOS 14.7 and we are expecting the general release of the software next week.

A we can see from the video the iPhone 6S running the new iOS 14.7 software booted up quicker than the device running iOS 14.6. There did not appear to be any speed improvements in the apps with the latest software.

On the iPhone 7, the device running the iOS 14.6 appeared to but up a split second faster, although they were so close together it was hard to work out which device was faster. There do not appear to be any speed improvements in the various apps on the devices.

So it looks like the iOS 14.7 software will not bring any major speed improvements to the iPhone, the software does come with some new features but it mainly includes a range of bug fixes and performance improvements. We are expecting the final release of iOS 14.7 to be some time next week.