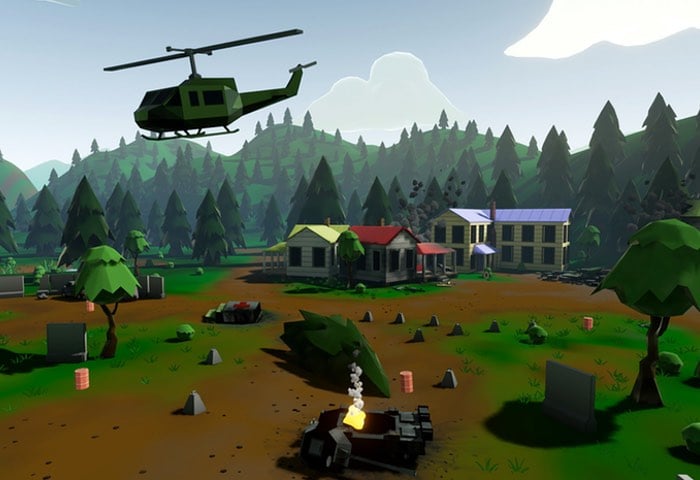 Yesterday DayZ creator Dean Hall announced the launch of his new game Out of Ammo which has been specifically designed for virtual reality hardware and exclusively for the HTC Vive and today a new Out of Ammo gameplay video has been released.

Out of Ammo provides a VR strategy game that puts you in the position of a military commander that has control over buildings, structures and troops to defend a critical helipad.

Watch the Out of Ammo gameplay video which has been put together by the team over at Eurogamer to learn more about the game’s mechanics and what you can expect. Out of Ammo Is now available to purchase priced at £10.99 via the Steam Early Access system.

Out of Ammo is an intense virtual reality strategy game for the HTC Vive that puts you in the commander’s seat against wave after wave of soldiers. Built exclusively for the HTC Vive to make use of motion tracking, the game allows you to move around the battlefield to build defenses and issue orders. You can even directly possess your units to directly engage the enemy making use of cover and preparing your magazines carefully so you don’t…. run out of ammo!

– Four unique environments to try your skill on
– Construct defenses such as sandbags and watchtowers
– Issue orders to your soldiers
– Five different kinds of units each with special abilities
– Possess any units directly to control their engagement
– Call in artillery, airstrikes, and sniper targets
– Fixed Machine guns, Grenades, and more

Jump over to the Steam Early Access For more details and to purchase. But remember the game is still under development so expect if you little glitches and issues to rear their ugly heads.