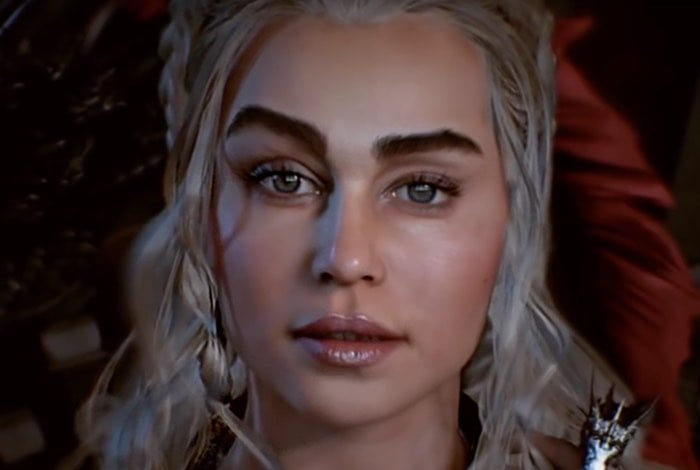 A demonstration of just what the Unreal Engine 4 game’s engine is capable of has been created providing a rendering of Queen Daenerys Targaryen from the popular books and TV series Game of Thrones.

Check it out after the jump to see just how much detail has been included in this rendering that provides an almost lifelike effect of the actress from the show, all in real-time

This is a realistically rendered model of Daenerys Targaryen from the award winning book series A Song of Ice and Fire created by George R R Martin. She is played by Emilia Clarke in the TV show adaptation Game of Thrones. In this scene Daenerys sits on the infamous Iron Throne forged in the fires of Balerion the Black Dread. Her dragon Drogon sitting beside her.