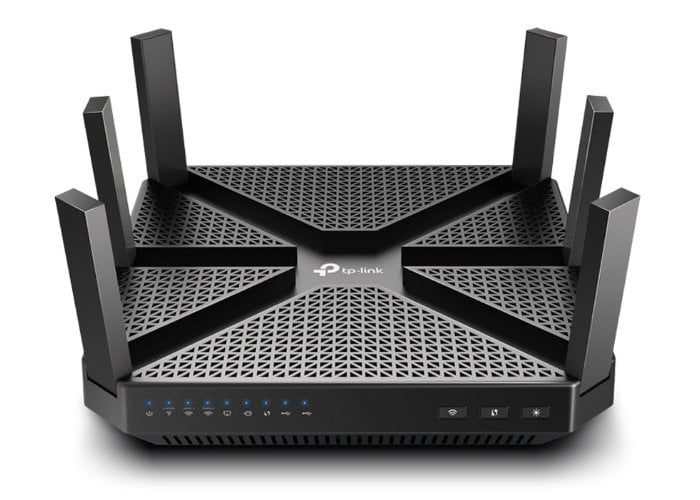 TP-Link As introduced a new line of affordable Routers in the Archer A Series some of which are already available with others arriving later this month and during May 2019. “Our new family of Archer A Series routers is one of our most exciting and budget-friendly product lines to date, with Archer A7 already leading the way as one of the best-selling routers on Amazon,” said Louis Liu, CEO at TP-Link USA. “These state-of-the-art routers offer a fast, reliable Wi-Fi experience and are the ideal choice for demanding customers that require the highest performance at the lowest possible price. With numerous products and pricing options, there is TP-Link Archer A Series router for every taste and every budget. It’s this commitment to value that has made TP-Link No. 1 in Wi-Fi markeshare worldwide.”

Archer A5 AC1200 Wireless Dual-Band Router
First out of the gate is the Archer A5 wireless dual-band router. Attractively priced at only $39.99, the Archer A5 supports the 802.11ac standard and offers simultaneous 2.4GHz 300 Mbps and 5GHz 867 Mbps connections for 1200 Mbps of total available bandwidth. It also comes with four external antennas that provide stable wireless connections and optimal coverage.

Archer A6 AC1200 Wireless MU-MIMO Gigabit Router
Next is the Archer A6 AC1200 MU-MIMO gigabit router. A great value at just $49.99, it creates a reliable and blazing-fast network powered by 802.11ac Wi-Fi technology. The 2.4GHz band delivers speeds up to 300Mbps, ready for everyday tasks like emailing and web browsing, while the 5GHz band delivers speeds up to 867Mbps, ideal for HD video streaming and lag-free online gaming. The Archer A6 also doubles as an access point, enabling you to share your wired network with other wireless devices.

Archer A7 AC1750 Wireless Dual-Band Gigabit Router
Also raising eyebrows is the Archer A7 AC1750 wireless dual-band gigabit router, the new standard for an advanced WiFi experience. Priced at $69.99, this best-selling 802.11ac router offers incredible speed and range-and is better than many routers that priced much higher. With one Gigabit WAN port and four Gigabit LAN ports, speeds can be up to 10× faster than standard Ethernet connections. It continues to be one of the best-selling routers on Amazon.com.

Archer A9 AC1900 Wireless MU-MIMO Gigabit Router
Another outstanding addition is the Archer A9 wireless MU-MIMO gigabit router. Priced at $89.99, the Archer A9 delivers Wi-Fi speeds of up to 1300 Mbps on the 5 GHz band and 600 Mbps on the 2.4 GHz band, so you can handle simple tasks like sending e-mails or web browsing or more bandwidth-intensive tasks like online gaming and HD streaming-simultaneously.

Archer A10 AC2600 MU-MIMO Wi-Fi Router
For affordable, high-performance Wi-Fi there is the Archer A10 AC2600 MU-MIMO WiFi router. Priced at $139.99, the Archer A10 delivers super-fast dual-band Wi-Fi with speeds of up to 1733 Mbps on the 5 GHz band and 800 Mbps on the 2.4 GHz band. Exceptional wireless performance enables online gaming and HD video streaming at the same time, while large files can be shared with multiple devices. The bottomline is that the Archer A10 is a great deal for full wifi coverage across any home.

Archer A20 AC4000 MU-MIMO Tri-Band Wi-Fi Router
Finally, at the top end of the range is the ultra-fast Archer A20 AC4000 MU-MIMO tri-band Wi-Fi router. Priced at $199.99, the Archer A20 powers every service, thread and application running on your network with a 1.8 GHz 64-bit quad-core CPU and delivers lag-free connections to gaming, streaming and mobile devices. It offers 512 MB of RAM and three additional Wi-Fi processors that support the router’s quad-core CPU and balance Wi-Fi demand to keep your network running at top speed. NitroQAM boosts speeds on all three bands by 25 percent while Smart Connect and Airtime Fairness distribute dedicated streams to each device with speed and precision. It offers great value for an incredibly powerful router.