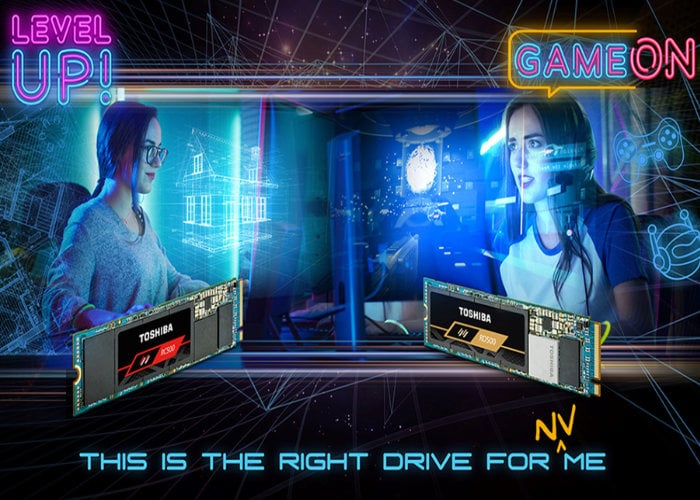 Toshiba has announced the launch of two new gaming grade NVMe PCIe 3.0 Gen3x4 M.2 solid state drives (SSDs) taking the form of the RD500 and RC500 Series. Designed for PC gaming enthusiasts the RD500 Series is equipped with a newly designed 8-channel controller to get the most from the BiCS FLASH. The RD500 provides sequential read and write speed up to 3,400 MB/s and 3,200 MB/s respectively and delivers random read and write performance up to 685,000 IOPS and 625,000 IOPS and is available in sizes up to 2TB.

Paul Rowan, Vice President at Toshiba Memory Europe GmbH explains more : “With the introduction of the new NVMe/PCIe SSDs, RD500 and RC500 Series, we have created a dedicated range for the Gaming enthusiast and mainstream gamer. This will allow them to enhance speed and performance of their systems for an all-round better gaming experience.”

The Toshiba RC500 Series uses a 4-channel controller that is ideal for users requiring faster solutions for mainstream PCs And is available in sizes up to 1TB in a single-sided module. Key features of the RD500 and RC500 solid state drives include :