The Toshiba Liberto makes use of Windows 7 Touch features, and you can even drag applications from one screen to another, and it can be used in both portrait and landscape modes. 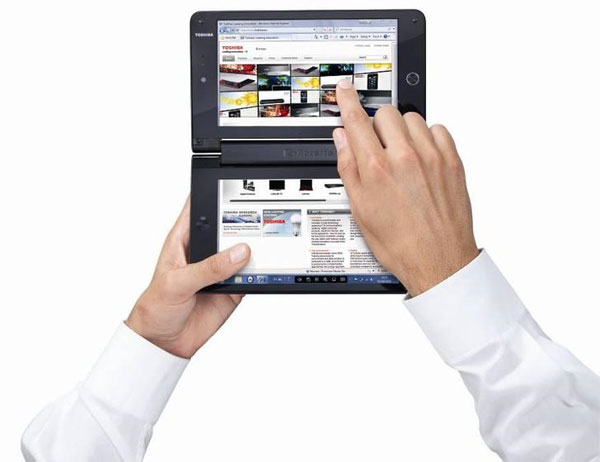 The Toshiba Liberto W100 features an Intel U5400 processor, 2GB of RAM, a 62GB solid state drive (SSD) and one USB 2.0 port, there is also a 1 megapixel web camera, a microSD card reader and a battery that will give you up to five hours of usage.