Toshiba has this week added a new addition to their range of Windows 8.1 tablets, in the form of the newly launched Toshiba Encore 8.

Toshiba has equipped their new Toshiba Encore 8, Windows 8.1 tablet with an 8-inch multi-touch HFFS screen offering a resolution of 1280 x 800 pixels. Which is powered by an Intel Atom Z3740 quad-core chip clocked at 1.8 GHz and Intel HD Graphics supported by 2GB of DDR3 RAM, together with the usual gyroscope, accelerometer and GPS. 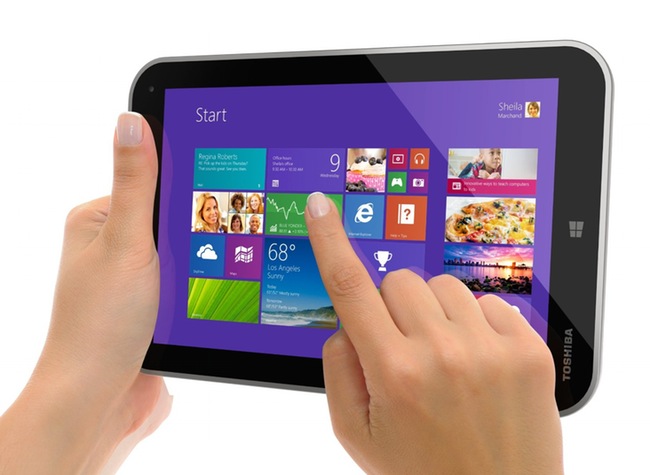 The Toshiba Encore 8 inch tablet is fitted with 32GB of internal storage which can be expanded using a microSD card adding an additional 32GB of space when required and giving the option to swap data around when needed. Toshiba explains a little more about their new Windows 8.1 tablet :

“Encore is powered by the power-efficient Intel Atom processor, which delivers great performance, fast start-up and page loads, and an exceptional battery life rating,”-“It also includes the connected standby capabilities of InstantGo, enabling the device to receive updates while sleeping so content is always up to date when use is resumed.” 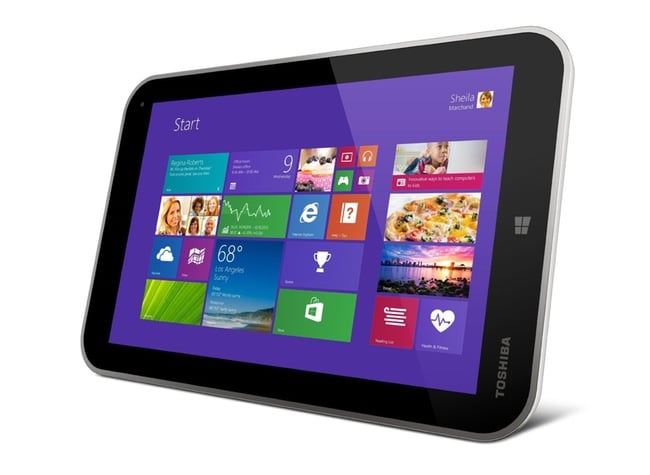 Toshiba have also fitted the new tablet with dual microphones optimised for Skype, 2 megapixel front facing camera for video calling, together with a 8 megapixel rear facing for video and photographs. As well as a microUSB port, microHDMI output, together with dual-band Wireless N and Beamforming technology.

The new Toshiba Encore Windows 8.1 tablet is now available to pre-order for $330 and comes pre-loaded with a full version of Office Home & Student 2013.