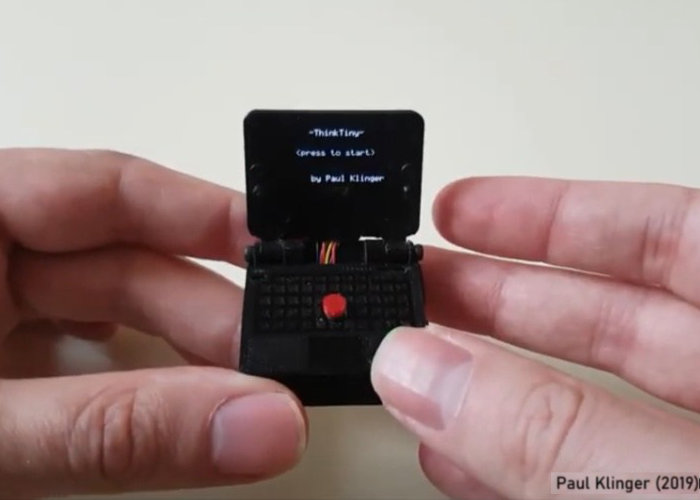 We have featured many mini laptops here on Geeky Gadgets over the years but Paul Klinger has created the ultimate mini laptop, aptly named the ThinkTiny. The miniature laptop is equipped with a 0.96 inch display and styling inspired by the Lenovo/IBM ThinkPad laptop, complete with red dot TrackPoint style cursor controller. 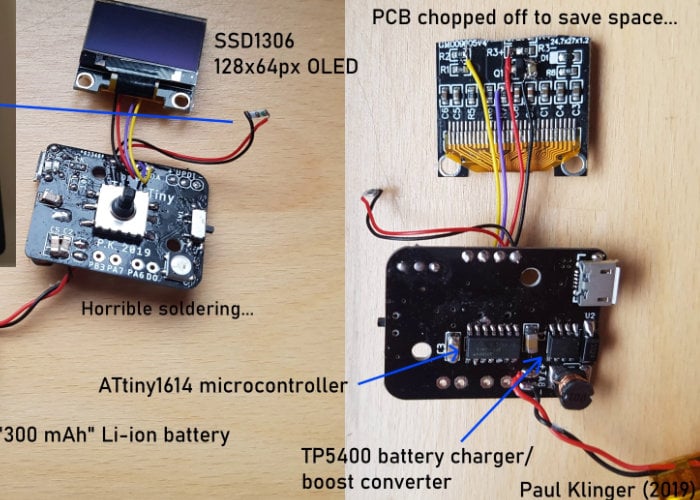 As you might have already guessed the tiny laptop is not a fully fledged computer, but can be used to play simple games such as Tetris, Lunar Lander, Snake and similar if desired. The tiny OLED display offers users a resolution of 128 x 64 pixels and the tiny laptop is powered by an ATtiny1614 microcontroller and equipped with a rechargeable 300 mAh battery.

If you are interested in building your very own you can find more details over on the Paul Klinger Github page.

“I cut off the top of the OLED PCB with flush cutters to make it fit into the case. That’s where the pin header sits, so I needed to tap into the connections somewhere else on the PCB. I also added a capacitor after the voltage regulator on the display board (the three pin component). This gets rid of flickering when there’s a lot of white on the screen.”