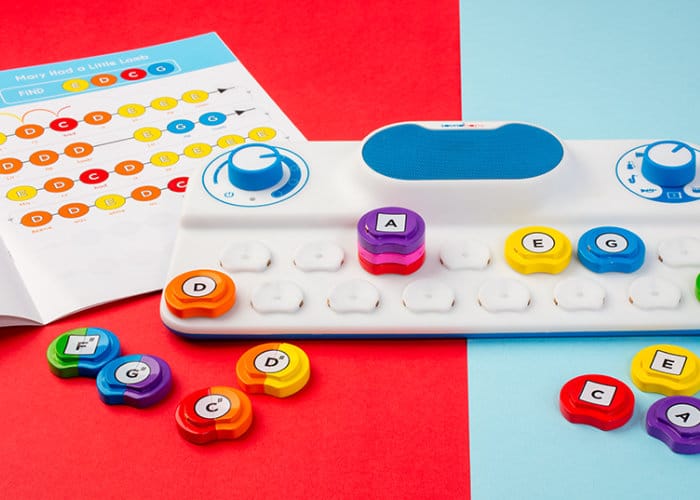 Soundbops is a new music building block system, specifically created to enable children to learn more about music from an early age, by allowing them to engage in a “creative, educational, introduction to music”. Watch the demonstration video below to learn more about the unique music system which takes children on their first steps in learning notes, chords and creating their first music.

The music blocks come complete with its own companion application to enable further exploration from a tablet or smartphone, and thanks to its Bluetooth connectivity Soundbops can connect to existing MIDI applications such as Garage Band.

Soundbops has this week launched via Kickstarter to raise the £30,000 required to take the music building block system into production. Pledges are available from £70 and if all goes well delivery is expected to take place during December 2018. “First impressions can be lasting. Sometimes for a lifetime. That’s why it’s important to start your kid’s thirst for music off on the right foot. Music is magical with tremendous benefits. Soundbops takes the pressure off and makes it as easy and creative as possible to learn and play from as young as 3-years-old.”

For more information, full specifications and a list of all available pledges jump over to the official Soundbops Kickstarter campaign page by following the link below.