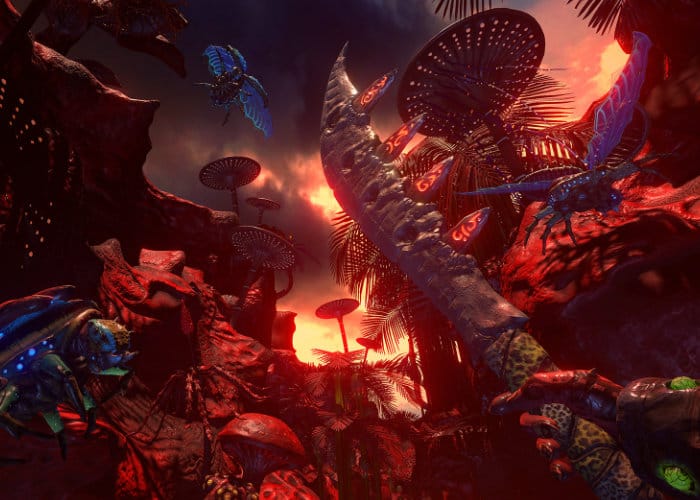 Virtual reality gamers looking for a sword and sorcery style game may be interested in Primordian, which has been described as a mix between “Avatar meets Turok meets Warhammer 40K” by the Road To VR website. Developed by Stonepunk Studios the game offers a single player adventure hat takes place billions of years ago on the very first planet near the centre of the universe. Watch the teaser trailer and gameplay videos below to learn more about what you can expect from the environment and storyline. Primordian will be available to play on the Oculus Rift and HTC Vive virtual reality platforms and also supports the Virtuix Omni virtual reality hardware.

As soon more information is announced about an official launch date we will keep you up to speed as always. But for now head on over to the SteamVR games network to apply for early access to the game and enjoy the unique storyline.

Every few thousand years a small moon passes between the planet and sun to create a long-lasting eclipse that allows the beings from the dark side to travel among the light. The current time period is during this eclipse. You play as Grygor, a being form the dark side (or so you believe) sent on a mission to destroy temples of light and allow safe passage for your people during the eclipse. Uncover the story of both sides of the world, its many generations of tribal law and unforgiving landscape during this opportune moment in time. You are the future of our past. You are the Shadow within the Shadow.