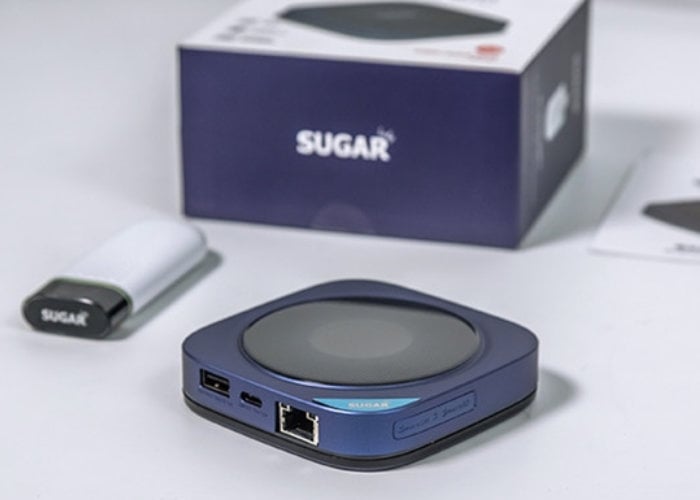 SUGAR is a new mobile hotspot router which is capable of connecting multiple devices at 2.4GHz, 5GHz and 60GHz. Powered by Qualcomm chips and equipped with a rechargeable 4,000 mAh battery and Ethernet connection, the mobile router offers an affordable alternative to more expensive devices currently available by bigger brand names.

Thanks to the integrated technology within SUGAR the mobile hotspot is capable of adopting the 60GHz WiFi band on the go, but when 60GHz is not available, it will automatically drop to the best and most stable network. “The SUGAR is a hand-sized device that enables you to have a WiFi hotspot on the go. Built-in Qualcomm QCA6320 Chipset and 2.4GHz/5GHz/60GHz multiple concurrent WiFi. It can be connected to 12 devices with using a SIM and works perfectly at 4600Mbps high speed. Bring your mobile broadband experience to an unparalleled new level For 4k playback, gaming, VR devices offer the same level of wired transmission. “

“SUGAR Mobile Hotspot Router support 2.4/5/60GHz multiple band WiFi concurrent. Upgraded with 300Mbps Wi-Fi speed on 2.4GHz band and 433 Mbps on 5GHz up to 4600Mbps on 60GHz. 60GHz is the shortest wavelength band currently , That is, electromagnetic waves in the frequency range of 30 GHz to 300 GHz. The shorter the wavelength, the higher the frequency and the faster the speed.”