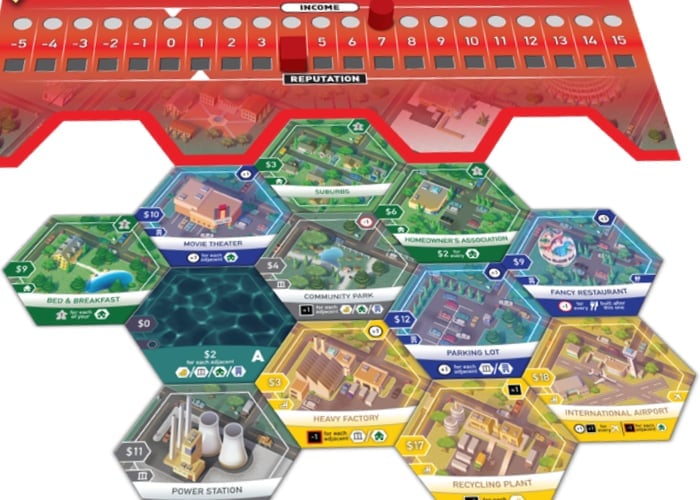 A new edition of the popular city-building board game Suburbia has raised over $1.3 million via Kickstarter thanks to nearly 10,000 backers. With just 39 hours remaining on the campaign the special collectors edition of the city-building board game offers Suburbia players new artwork, premium components, and a new expansion. Check out the promotional video below to learn more about the latest edition.

Pledges are available from $99 with worldwide shipping expected to take place during October 2019. Suburbia Has been designed and created by Ted Alspach and was originally published in 2012 and is widely considered the best city-building boardgame of all time with high ratings on Boardgamegeek.com

“Suburbia Collector’s Edition has been totally reworked from the ground up, with all new art, components, and additions. The fresh look of the design brings new life and amazing detail to your cities. The game features four sets of custom-designed Game Trayz with lids for organizing and displaying components. In addition, it includes all existing expansions and promo tiles and even a brand new expansion: Nightlife.

There are plenty of Kickstarter exclusives: metal coins, a lighted start player marker, wooden interactivity markers, a themed tile set guide, and the ability to choose which 5 player colors (and as a result, which special city tiles and unique borough boards) you want to make your game one-of-a-kind. You’ll also save $30 off of the retail version which doesn’t have any Kickstarter exclusives.”

Check out more about the game by following the link below and make a pledge from $99 to be one of the first backers to own the new Suburbia Collector’s Edition.