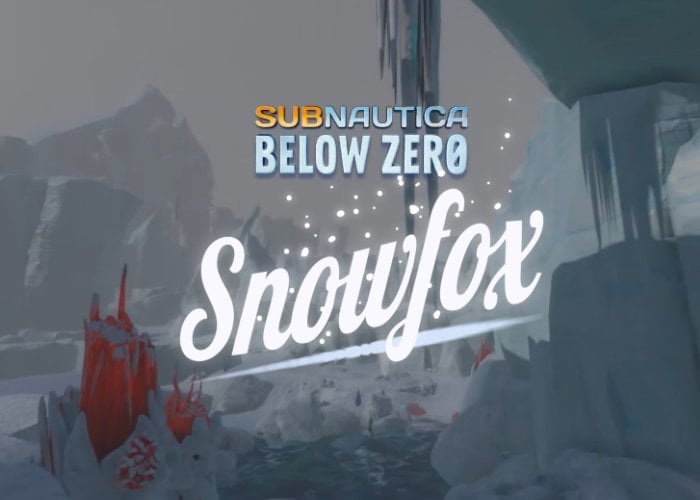 New update has been released for the latest Subnautica Below Zero expansion adding the games first vehicle in the form of the Snowfox, together with a variety of new improvements, deadly new Brinewings, plus new modules for the Seatruck. Subnautica: Below Zero is currently available in its early access development stage, in which it is expected to stay for the next 12 months. Although if you would like to jump in and experience the new content it is available from both the Steam or the Epic Games Store priced at $20 or roughly £16.

Brinewings are a new deadly creature with long claws and a powerful charge, Snow Stalkers are aggressive and best avoided. Especially when they are with their offspring!

“Walking is so last year. Upgrade your movement for faster navigation across stretches of land with the Snowfox. Fully customizable and upgradeable, the Snowfox takes land movement from slow to go. Optional speed boost for an extra kick and Alterra standard-issue light included. Jump on the Snowfox and outpace Snow Stalkers in the latest update to Subnautica: Below Zero. Featuring a new above-ground vehicle, terrifying new creatures, recipe pinning, Seatruck updates, new biomes, and more.”

More information on the new content jump over to the official Unknownworlds website where links to all the Subnautica Below Zero updates, content and media is provided.