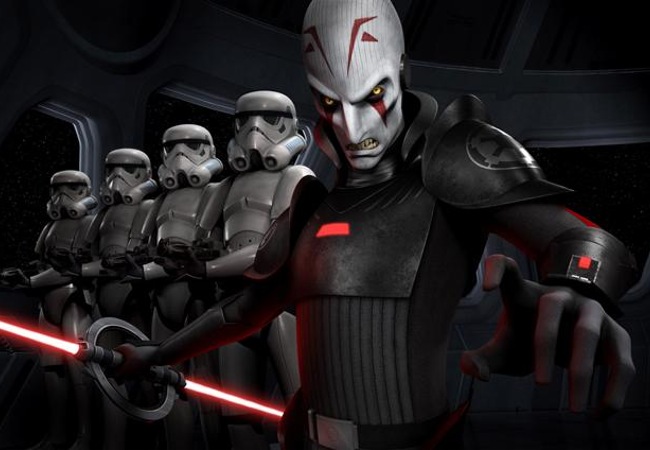 Over the last couple of months a number of snippets from the new upcoming Star Wars Rebels animated series have been released by its creators, whetting the appetite for what we can expect from the new title.

However this week the very first Star Wars Rebels animated series full trailer has been released showing the extended storyline that takes place between Star Wars: Episode III and IV. Check it out after the jump.

Star Wars Rebels animated series will focus on the same core characters throughout the series and will premiere in fall 2014 as a one-hour special on Disney Channel, followed by a series on Disney XD channel.

“Starring a small band of heroes — Sabine, Kanan, Hera, Ezra, Zeb, and Chopper — Star Wars Rebels is set in a time where the Empire rules through fear and shrouds the galaxy in darkness.

This trailer offers many new glimpses at sequences from the show, including the starship Ghost chased by TIE Fighters; young Ezra watching as a Star Destroyer looms overhead; Stormtroopers marching; a zero-g fight between our heroes and Imperials; and Kanan, a secret Jedi, assembling his lightsaber and preparing for battle.

It ends, however, with an Imperial officer reporting to the Inquisitor — the Empire’s Jedi hunter, seen and heard here for the first time.”