During WonderCon in Anaheim, California, Disney has taken the opportunity To reveal the first clip from their new Star Wars Rebels animated series that will premiere this autumn with a one-hour special on Disney XD.

The new Star Wars Rebels animated series has a similar style to the Star Wars : The Clone Wars productions and the development team includes a variety of key employees that worked on The Clone Wars prior to Disney purchasing Lucasfilm. 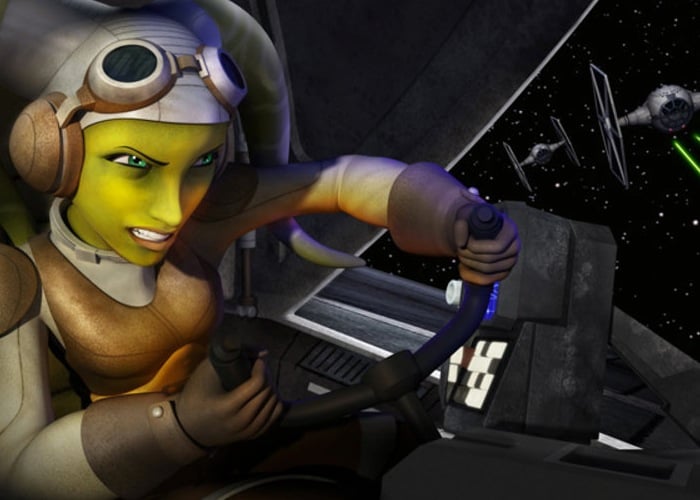 Unlike The Clone Wars, the Star Wars Rebels animated series will focus on the same core characters throughout the series. Executive producer Dave Filoni explains : “You’ll see their characters develop over time. Hera’s in every episode. You’ll get to see her grow a change and I think that’s incredibly satisfying.”

“This special Star Wars Rebels preview clip, which premiered at WonderCon 2014, features an introduction from voice actress Vanessa Marshall and an exciting sequence from the upcoming animated series.

Hera, captain of the Ghost, pilots her starship during a battle with two TIE fighters. Chopper delivers a message from Kanan, currently engaging the TIEs in the top turret. The Jedi is apparently displeased with Hera’s maneuvering. In response, she takes matters into her own hands…”