Star Wars fans are sure to enjoy this new 15 minute Star Wars featurette which has been published to YouTube this week and describes the birth of the Star Wars Lightsaber.

Witihin the new short film George Lucas with the help of actor Mark Hamill, and sound designer Ben Burtt discuss the concept and creation of the lightsaber. Check it out after the jump. 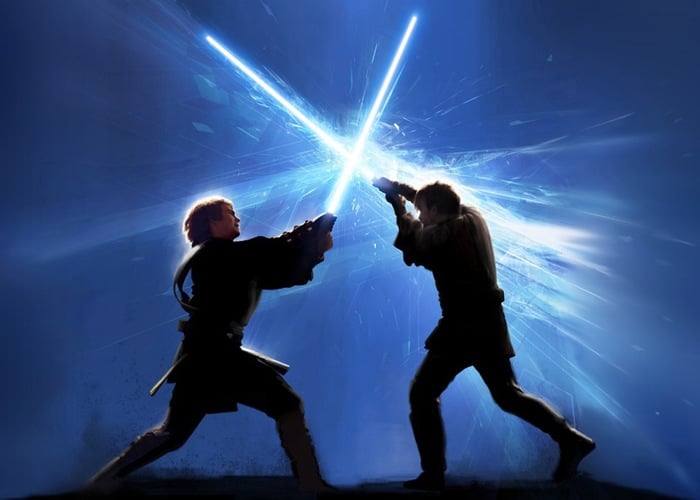 “George Lucas recalls that Star Wars was influenced by pirate and swashbuckling films of the ’40s, which showcased the romantic side of fighting, illustrated in characters like Errol Flynn’s Robin Hood. With Jedi, who were heroes in this tradition, the director needed a weapon that would match their ideals. In a clip from Star Wars: Episode IV A New Hope, the lightsaber is introduced by Obi-Wan Kenobi, who says it’s “not as clumsy or random as a blaster. An elegant weapon for a more civilized age.”

“Thus, the lightsaber also became a symbol for more peaceful, honorable times, representing what the galaxy was like before the Empire. Originally, Lucas says, Jedi were meant to fight with just swords. But to give the weapon a technological edge, they became “laser swords,” able to deflect incoming fire — which made sense, character-wise, as Jedi were not meant to be warlike, aggressive fighters.”