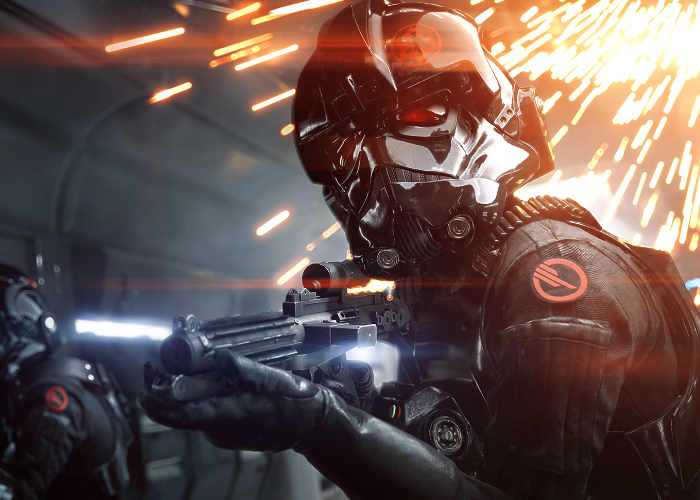 Those looking forward to taking up arms in the new Star Wars Battlefront II game which will be officially launching in a few days time on November 17th, 2017 and has been developed by EA DICE. Are sure to enjoy this new commercial and teaser trailer called Rivalry. The sequel to the popular 2015 reboot will be available to play on the PlayStation 4, Xbox One and Windows PC systems and has been built using the Frostbite games engine.

Star Wars Battlefront II will include both multiplayer and single player modes with five multiplayer game modes available to choose from with the largest supporting up to 40 simultaneous players and takes the form of the aptly named Galactic Assault. The 40 player mode Takes place in unique set pieces set across the eleven planets and locations featuring all three Star Wars eras offering large battles between 20 attackers and 20 defenders.

While the single-player story mode in Star Wars Battlefront II starts around the time of Return of the Jedi, but largely between it and Star Wars: The Force Awakens. Emperor Palpatine plots to lure an unsuspecting Rebel Alliance fleet into a trap using himself and the second Death Star, being constructed above the Forest Moon of Endor, as bait, seeking to crush the Rebellion against his Galactic Empire once and for all. EA you have also reduced the costs of obtaining your favourite Star Wars heroes, more details here.

Iden Versio, a captive on the Rebel Mon Calamari Star Cruiser Invincible Faith, is interrogated by the starship’s captain, who implores Iden to hand over secret codes to unlock an intercepted Imperial transmission. Iden refuses and awaits as her droid sneaks through the star cruiser’s ventilation systems and frees her from her cell. The Rebels are unaware that Iden allowed herself to be captured in order to erase the transmission, thus not allowing the Emperor’s plan to be compromised. Iden successfully erases the transmission, triggering an alarm that alerts the Rebel troopers on the ships of her escape.