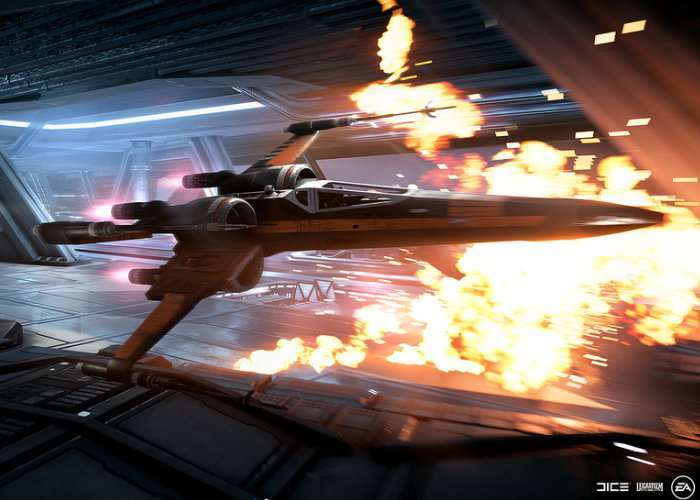 Check out the story trailer below to learn more about what you can expect from the single player content together multiplayer gameplay in the final game. Also take to the skies in the Millennium Falcon or Luke Skywalker’s X-wing in exciting dogfights with up to 24 players.

The Star Wars Battlefront II Beta officially lands this week! For players who pre-ordered, you can access the beta now. For everyone else, it opens up on October 6 and runs through October 9th. Players can look forward to experiencing four different ways to play in battles across all three cinematic eras.

In Galactic Assault, join a team of Separatist battle droids in a three-stage attack on the royal palace in the capital city of Theed on Naboo. As you fight, you’ll earn Battle Points which can be redeemed during respawns to call in supporting vehicles, upgrade to a B2 Super Battle Droid, or become iconic characters like Darth Maul. And when you want to take a break from multiplayer, hop into Arcade mode and play against AI opponents.

In the space above Fondor, engage in Starfighter Assault mode and hop into the cockpit of an A-wing, X-wing, or Y-wing to start your attack run on an Imperial Star Destroyer. You can collect Battle Points in this mode as well, redeeming them to activate Hero Ships like Han Solo’s Millennium Falcon and Poe Dameron’s X-wing, Black One. When the battle ends, join the Empire and help fight off the opposition.

Playing in Strike mode, players join a team of eight on the forested planet of Takodana. Take advantage of the special abilities of all four distinctive trooper classes to claim victory for your team in in a bid to breach Maz Kanata’s castle.

Visit the PlayStation store for more details via the link below.