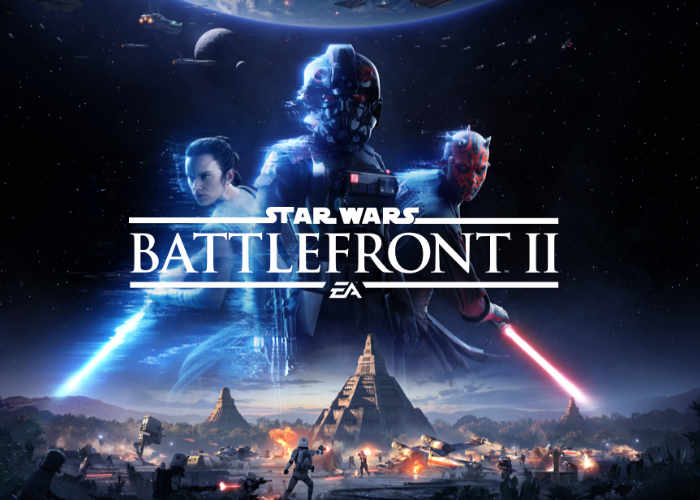 As the launch of the new and Star Wars Battlefront II game edges ever closer to its November 17th, 2017 launch date, EA has released a new teaser trailer to whet your appetite for the action ahead of the game’s launch. As already mentioned in previous articles the new Star Wars Battlefront II game will feature a single-player story mode, as well as multiplayer action and features five multiplayer game modes taking the form of :

• Galactic Assault: Unique set pieces set across the eleven planets and locations featuring all three Star Wars eras involving a team of 20 attackers against 20 defenders.
• Starfighter Assault: Starfighter combat taking place in space and planetary atmospheres involving 12 attackers against 12 defenders, both teams being reinforced with an additional 20 AI ships.
• Strike: Close quarter scenarios involving a team of 8 attackers aiming to capture a unique objective from a team of 8 defenders; essentially one team capture the flag.
• Heroes vs. Villains: Close quarter combat involving the heroes and villains in Star Wars Battlefront II based off of Star Wars characters; 4 light side heroes fight 4 dark side villains.
• Blast: Standard team deathmatch between two teams of 10 players in which teams try to reach 100 total combined eliminations before the enemy team can.

The Galactic Assault mode supports the largest battles with 40 players simultaneously battling it out all trying to advance the new customisable character class system and enjoy the content inspired by the events of The Force Awakens and The Last Jedi movie which will be premiering in theatres around the world during December 2017.