Spotify has today announced a new update that it’s rolling out to its desktop application that brings with it a number of new features, including the introduction of gapless playback.

Others features included in the new update include a new crossfader that enables you to set the exact number of seconds you want your songs to crossfade, from 1 to 12 seconds. 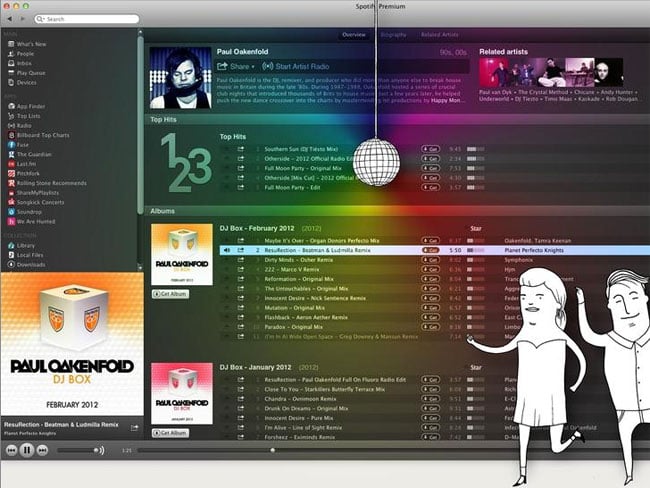 Together with drag & drop fixed on Windows, improved Subscribe, Buddy List and Favourites options. A well as faster artist browsing, ‘Offline Mode’ via Spotify menu and a new save and restore feature for the ‘Now Playing’ feature. The addition of the new features has brought a smile to one DJ with Paul Oakenfold saying:

“I use Spotify daily, many of my own releases are mixed so I’m delighted to hear Spotify will now offer gapless playback and crossfade so my fans can experience the mixes on Spotify in the way they normally do in the clubs.”

The new Spotify update is now available for both Mac and Windows. Enjoy!