Sony has been working on a new type of augmented reality technology which the company calls Smart AR, and the technology is designed to show additional information captured via your camera, and then displayed on your devices display.

According to Sony, the technology uses a ‘markerless approach, forgoing any requirement for special markers such as 2D barcodes’. How it works is that the object which has been captured by the camera is identified and then the additional pictures and information are display on your devices display. 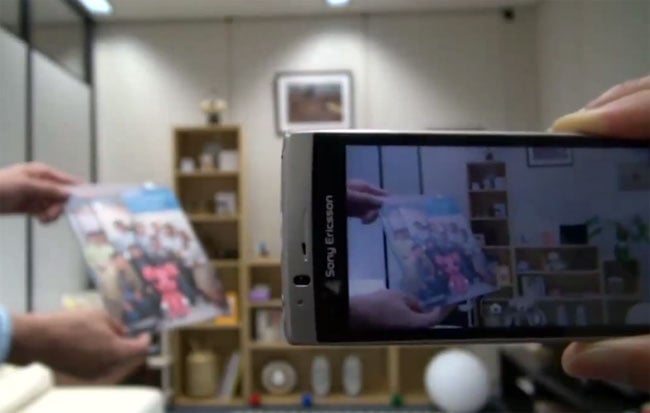 Have a look at the video of it in action below.

Sony will be showing off this new Smart AR technology at the OPUS Communication Zone on the 8th Floor of the Sony Building in Ginza (Tokyo), from the 20th to the 22nd of May.