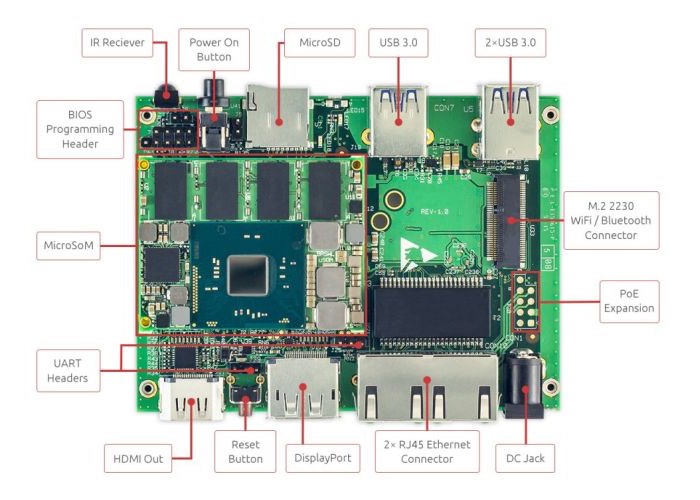 SolidRun has this week unveiled a new addition to the range of mini PCs which have been predominantly ARM-powered, however the new SolidPC Q4 will be available with a choice of an Intel Atom x5-E8000 or Intel Pentium N3700 processor.

Other features of the SolidPC Q4 mini PC include 3 x USB 3.0 ports, 2 x Gigabit Ethernet interfaces together with a handy microSD card interface and support for mini PCIe and M.2 connectors offering support for 3840 x 2160 pixel output at 30 Hz or 2560 x 1600 pixel output at 60 Hz. The SolidPC Q4 measures roughly 4 x 3.1 inches in size and offers between 4GB and 128GB of eMMC storage.

For more information on the new SolidPC Q4 mini PC jump over to the SolidRun website for details following the link below.