Snapchat the smartphone communication application which enjoys over 40 million users and famously late last year rejected an acquisition from Facebook.

Has this week rolled out a major new update to their smartphone application that includes a number of new features for users to enjoy including the ability to now start a text chat by right swiping from the main camera view. 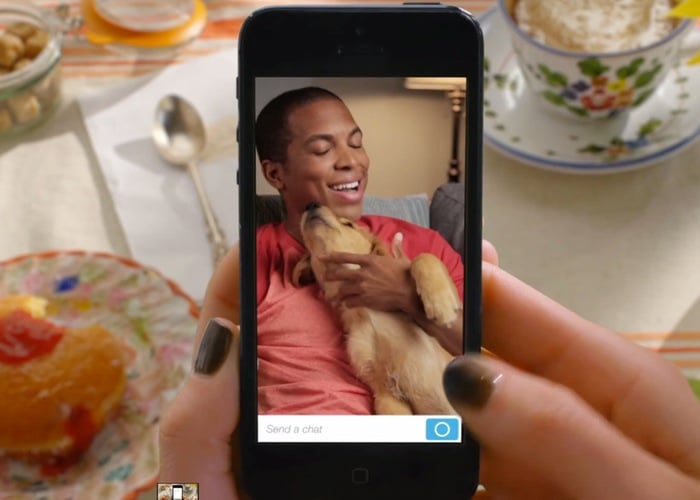 Another new feature added to the Snapchat application within this update is the ability to now start a video conversation with your friends. During a text chat communication with one of your contacts a blue notification button will now appear enabling you to start the video call.

The new Snapchat video feature allows users to use either front or rear cameras to engage in the video conversation, and the video streams can either be two or one-way communications depending on your preferences. Snapchat explains a little more:

“Building Snapchat has taught us a lot about what makes conversation special. When we first started working on an application for sharing disappearing pictures, we had no idea how much we would learn. Our classmates were quick to point out that you could always take a screenshot. That led us to the notion of deletion by default – you keep what you want, and we’ll get rid of everything else!”

Snapchat has also this added a Stories to help Snapchatters create narratives and share them with all of their friends in just one tap. For more information on the new major update features launched today jump over to the Snapchat website for details.