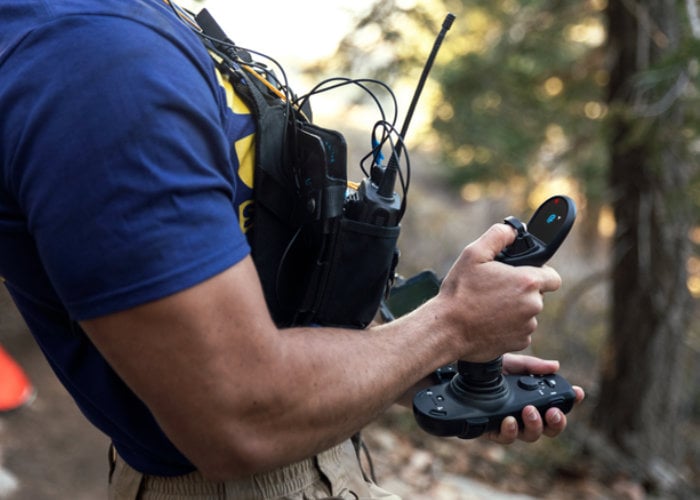 Fluidity Tech based in Houston, Texas has created a new single-handed drone controller aptly named the FT Aviator, which is described as a “game-changing drone controller” designed by former NASA astronaut, Scott Parazynski. Check out the demonstration video below to learn more about its design, construction and features.

Features of the FT Aviator drone controller include :

“Using an astronaut’s perspective on intuitive motion through space, we have patented a unique and intuitive drone controller that anyone, whether they’re eight or eighty, can pick up and begin using immediately. The FT Aviator is designed to incorporate the relevant 4 degrees of freedom of movement (x, y, z, and yaw) to drone flying, eliminating the awkward interface and steeper learning curve of existing dual thumb-controlled drones. It intuitively unlocks human potential to fly and capture stunning imagery.”

The FT Aviator drone controller is now available to back via Kickstarter with early bird pledges available from $225 or roughly £172. If all goes well delivery throughout the United States is expected to take place around February 2019.