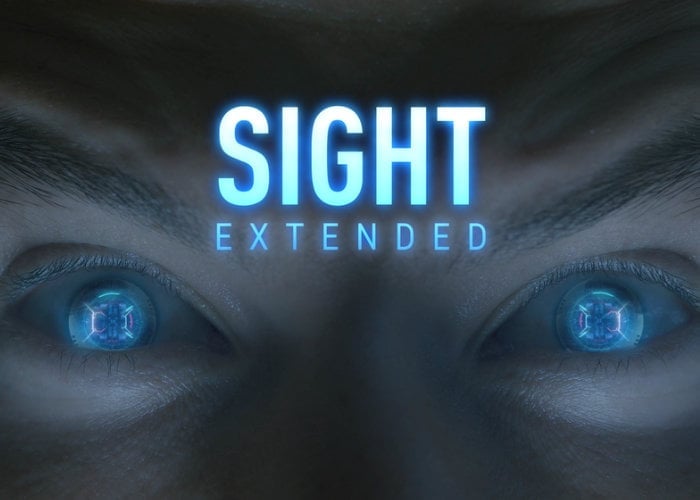 Robot Genius a boutique film studio founded in 2012, specialising in augmented reality and futuristic concept videos, has taken to Kickstarter this week to launch a new campaign to create a full length movie in the form of Sight: Extended a dark, futuristic thriller. Check out the promo trailer below to learn more about the project, aimed at transforming the acclaimed short film Sight into a full-length movie.

“In 2012, we (two broke graphic design students) created Sight as our graduation project from Bezalel academy of arts in Israel. Sight explored thought provoking themes such as gamification, free will and morality in a world where augmented reality is the new norm.

When we uploaded it online, we weren’t really ready for what that followed – The film quickly went viral. A couple million views later, it was featured in major publications and starred in many festivals. Our inbox started getting flooded with emails with questions about Sight and our future plans for it – people wanted to see more. That’s when the dream to turn Sight into a longer film was born.

It takes place in the future around the corner, where smart contact lenses have replaced our smartphones. In this future, Augmented Reality has taken over our lives. Holograms and interfaces are warped over the real world.”

For more details and a full list of pledges would start from just $10 jump over to the official Kickstarter project page by following the link below. If production progresses smoothly worldwide availability is expected to be made sometime during August 2020.