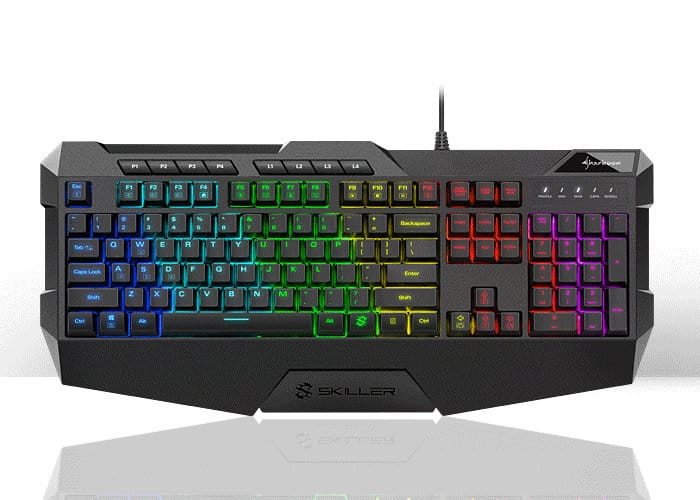 “The SGK4 makes a strong impression not only technically but also because of its sporty casing with its numerous angles and edges in the best of SKILLER style. The integrated palm rest not only adds verve to its appearance but also provides ergonomics and comfortable gaming sessions. What catches the eye even more, however, is the keyboard’s background illumination with up to 16.8 million colors. This can be adjusted within six zones via the four illumination keys or using the gaming software.”

For more information on the latest keyboard to be added to the ever-growing range of Sharkoon input devices jump over to the official website by following the link below.