Samsung and Skype have announced that they will be launching a range of HDTV’s which feature built in Skype software and broadband capabilities.

The new range of HDTV’s will enable users to use Skype’s video chat in their living room, as well as make calls over the Skype service. Two models are being released initially the Samsung LED 7000 and LED 8000. 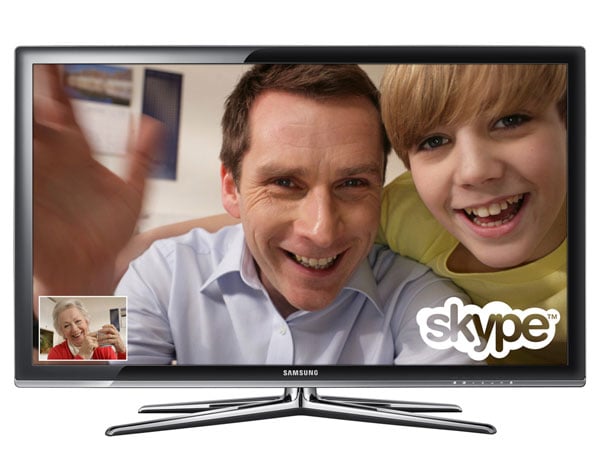 The built in Skype software is controlled by the HDTV’s remote controll, and users will be able to use this to log into their accounts and use the Skype service the same way they do on their computers.

To use the service you will have to purchase a compatible web camera, you would have though Samsung would have integrated these into the TVs or at least included them in the package.

There are no details on when these new Skype enabled Samsung HDTV’s are likely to hit the stores and no word on pricing as yet.