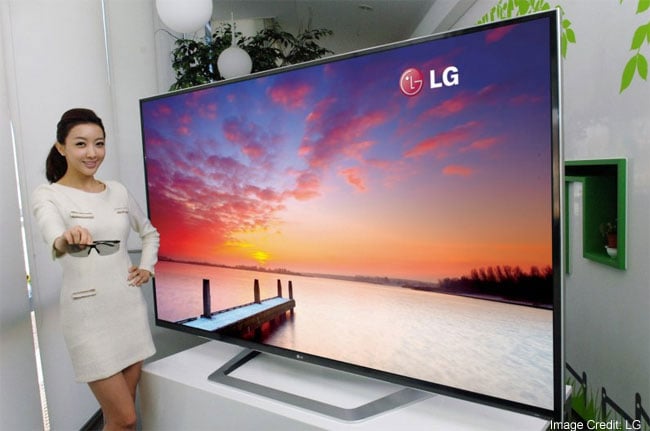 Ever since the introduction of the first flat panel TV in the market, TV sets continually become thinner, brighter and clearer. It’s only natural that television companies set their sights on OLED technology. OLED TV is the next big thing in television today. Here’s a breakdown of how OLED TV could change the way we watch in the comfort of our homes for the better.

What is an OLED TV?

An OLED TV uses a new display technology called OLED or organic light emitting diode. Unlike LCD/LED and plasma televisions, OLED TV is thinner, lighter and more energy efficient. It works like this: when electricity passes through an OLED material, the material emits light, thus a whole panel of OLEDs create an image through this process.

What is OLED technology?

OLED is made from organic (or carbon-based) components that are placed between two conductors. It emits light when electricity is applied. It does not require a backlight thus it is more energy efficient. The two most common OLED displays today are the PMOLED (Passive-Matrix OLED ) and the AMOLED (Active-Matrix OLED). PMOLED is cheaper and easier to produce but is limited in size and resolution compared to AMOLED.  While AMOLED displays are more efficient and can be made larger, they are also expensive and complicated to manufacture.

While OLED displays offer better viewing experience and aesthetic designs of devices, this technology still lags behind LCD and plasma display in terms of panel lifetime and production scaling. Larger OLED display panels are expensive and difficult to manufacture.

And due to these current limitations that manufacturers are facing, OLED displays are more commonly used in phones, cameras and MP3 players.  Since OLED displays require less energy, they are ideal to use in battery-operated electronic devices like smartphones, digital cameras, A/V players and lamps.

The difference between LED and OLED TVs

So what’s the difference? OLED TVs are just LED TVs with “organic” materials in them, right? Well, no. LED TVs are actually LED backlit only, essentially being an LCD TV with LED backlights. These backlights may be placed at the edges of the panel or a full array placed behind a screen. OLED TVs by contrast are electroluminescent, meaning they do not need a backlight as each pixel is a light emitting diode in itself. The elimination of backlighting offers a vast potential for future OLED TVS that can be as thin as a paper and flexible too.

The pros and cons of OLED TVs

What makes an OLED TV better? First, its cost will be cheaper eventually, due to the fact that OLEDs can be printed on any suitable substrate, theoretically making them cheaper to produce. They are also lightweight and thinner than panel made from older LCD technology. Another advantage is its wider viewing angles and improved brightness, so more people can watch a show more clearly. Plus, better contrast and color reproduction ensures that it creates a great image from any angle.

Love the earth? Well OLED is greener since power efficiency is greatly improved since an inactive OLED does not consume power or emit light and no harmful metals are used in production.

Now we go to the bad parts of OLED.

Right now, an OLED display is very expensive to produce. Plus, its lifespan is short especially for the blue diode which averages at 14,000 hours compared to LED TVs which range around 25,000-40,000 hours. Since the blue diode degrades faster than other diodes, it wrecks the color balance of the TV. Power consumption for white backgrounds is also three times as much as LCD does.

When will OLED TVs become mainstream

Today, there are already available OLED TVs but still expensive for your average consumer. However giant electronic companies such as Samsung, LG and Sony are now preparing for mass production of OLED televisions.  At the recently held CES 2012, these companies gave us a glimpse of the future of OLED TV. It was announced by Samsung that mass production of Gen 5.5 OLED displays starts this year in its new factory.

LG electronics also unveiled its full HD OLED TV 55EM9600 at the same CES 2012. This TV carries all the current features of LG TV including smart TV with streaming and social media and passive 3D capability. It is expected to be released by July 2012 at a price average consumers will find too steep. According to LG price-competitive OLED TV sets is possible by 2016.

The offering of several TV display technologies in the market can make a consumer’s head into a tailspin,  wondering  whether to jump into the new technology that is currently the talk of the town. So do we buy now or wait until later?

You have to carefully weigh the pros and cons before making a decision.  It really depends on one’s preference. If you have the extra cash and like to have the latest technology in town then buy it and for sure you wouldn’t regret it as it’s the best a consumer can get.

If price is an issue for you, OLED is simply not the best bet, at least for the time being. It’s best to wait it out until they are produced by more manufacturers. If value for your money and quality is what you are looking for, LED TV still rules.