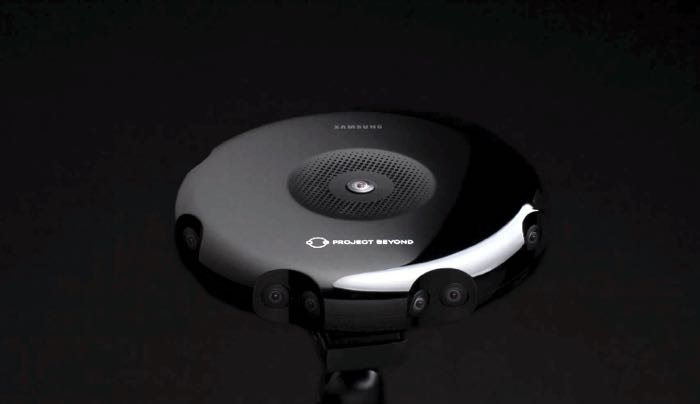 Samsung announced that their MWC 2016 press conference would take place on the 21st of February, the company will announce their new Galaxy S7 handsets and also something to do with virtual reality.

Earlier today we heard that they may launch a new VR headset, although according to a recent report, the company will launch a new Samsung Gear 360 VR camera at Mobile World Congress later this month.

Back in 2014 Samsung announced their Project Beyond, which is a 360 degree camera and this new Samsung Gear 360 VR Camera is apparent,y the result of their previous project.

According to a recent report the device will feature its own battery and also built in storage, it will be able to connect to Samsung’s smartphones via and application and it looks like it will work with the new Galaxy S7 and Galaxy S7 Edge handsets.

We should have more details about this new Samsung virtual reality camera when it is announced at their Samsung Unpacked 2016 press conference later this month.