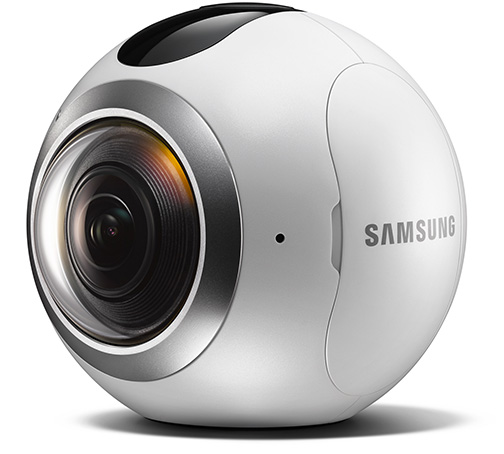 The new Samsung Gear 360 VR camera is now available to buy in South Korea an we finally have some confirmation on how much it will cost.

The Gear 360 is now available in KRW 399,300 which is around $350 at the current exchange rate, Samsung has not announced an international pricing for the device as yet, although it is expected to be around the $350 mark in the US when it launches.

Samsung are now selling the device online in South Korea from today, it will, also be made available in more than 450 retail stores in the country on the 1st of May.

The Samsung Gear 360 is designed to record 360 degree videos and also snap 360 degree photos, it has two cameras on on the front and one on the back and it can snap 25.9 megapixel photos and record video at a 3840 x 1920 resolution.

The video below is a 360 degree video that was shot using the camera and it shows what the device is capable of.

As yet Samsung have not given an exact launch date for the device in the US and Europe, as soon as we get some more information on when it will be made available, we will let you guys know.