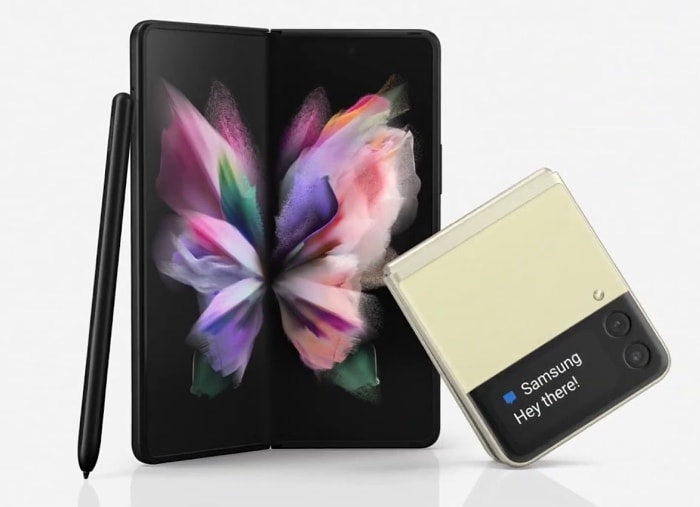 Now what appears to be an official video of the handsets has been leaked and the video gives us a look at the design and some of the features on the new devices.

The video has also confirms that the new Galaxy Z Fold 3 and Galaxy Z Flip 3 smartphones will come with an PIX8 rating for water resistance. This means that they can be submerged in up to 1.5 meters of water for up to 30 minutes.

As we heard earlier the new Samsung Galaxy Z Fold 3 will come with a Snapdragon 888 and 12GB of RAM, there will also be a choice of 256GB or 128GB of storage.

The handset will come with a 7.6 inch folding AMOLED display that will feature a resolution of 2,208 x 1768 pixels. and a 6.2 inch secondary display with the same resolution. There will also be a range of cameras including a 12MP + 12MP + 12 MP camera system on the back, the cameras will be able to record 8K video.

The Samsung Galaxy Z Flip 3 will come with 6.7 inch folding AMOLED display which will have a Full HD+ resolution. The handset will feature a Snapdragon 888 and 8GB of RAM, there will be a choice of 128GB or 256GB of storage.

We will have full details on the two new Samsung Galaxy Z folding smartphone on Wednesday when the two handsets are made official.