Samsung Galaxy S4 owners that have the urge to run two different Android operating systems on the same smartphone, might be interested to learn that a new app is now available called MoDaCo.SWITCH for the Galaxy S4 that does exactly that.

Developer Paul O’Brien has designed and created the useful MoDaCo.SWITCH app and in July launched the app for the HTC One smartphone. 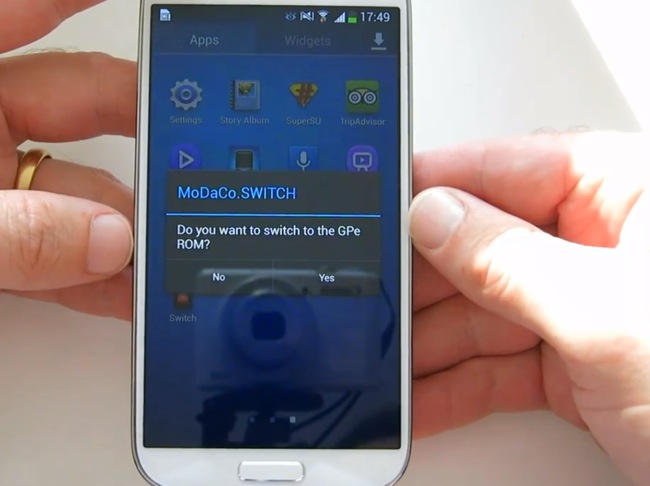 Now he’s made the app available and beta development release for the Samsung Galaxy S4 allowing users to run TouchWiz or reboot. However at the present time only the backers of the Indiegogo crowd funding campaign have access to the software. Watch the video below to learn more about the MoDaCo.SWITCH for the Galaxy S4 project and see it in action.

“This is a demo video of MoDaCo.SWITCH for the S4 i9505, which allows you to switch between TouchWiz and Google Play edition ROMs on the fly, without losing any data.”

For those of you that didn’t back the project and still want to give the Samsung Galaxy S4 MoDaCo.SWITCH software a go, a release for non-backers is expected to be released in the near future says O’Brien.