Last week the Samsung Galaxy Premier or GT-I9268  appeared in some benchmarks, and now the device has turned up again, this time in the GLBenchmark, but it would appear that the device may feature a different name than the ‘Premier’ when it launches.

The device with the model number GT-I9268 has appeared as the Samsung Galaxy Superior, with Android 4.1.1, and it has also revealed that the handset will feature a PowerVR SGX 544 GPU. 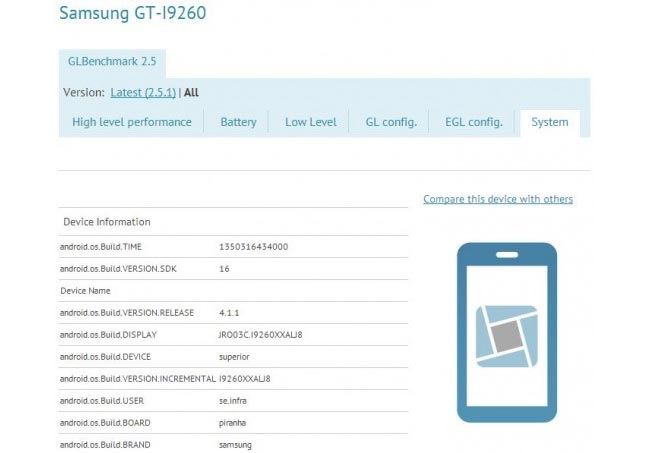 Other rumored specifications on the device include a 4.64 inch HD display and a Cortex A9 dual core processor clocked at 1.5GHz, plus an 8 megapixel rear camera and a 2 megapixel front camera, plus the choice of either 8GB of built in storage or 16GB of storage.

As soon as we get some more information on this new Galaxy smartphone from Samsung, including what it will actually be called we will let you guys know.