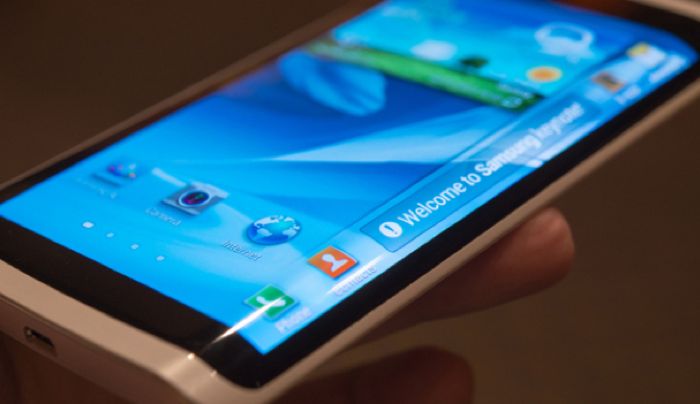 On the weekend we heard some more details on the new Samsung Galaxy Note 4, when information on the handsets APKs were revealed.

Now it looks like we have some more information on the Galaxy Note 4, the handset may come with a flexible display, although the display is next expected to be curved like the Galaxy Round

As well as a flexible display, the Samsung Galaxy Note 4 is said to come with a metal casing, and Samsung have been testing various metals for the handset which include steel, aluminum and magnesium.

There will apparently be two versions of the new Samsung Galaxy Note 4, one with a plastic casing, the other with a metal casing, which will carrier a premium.

We also heard last week that Samsung are said to launch a new S Pen with the new Note 4, the stylus is said to be a new ultrasonic model.

So far we have heard that Samsung will launch the handset with a 5.7 inch display, this is said to come with a QHD resolution of 2560 x 1440 pixels, and will apparently come with a new 64-bit Samsung Exynos 5433 processor, there is also rumored to be another version with a quad core Snapdragon 805 processor.

The Samsung Galaxy Note 4 is rumored to come with either 3GB or 4GB of RAM, we are expecting  range of storage options, from 16 to 64GB and the device will also come with a 12 megapixel camera with Optical Image Stabilization.

The new Galaxy Note 4 is rumored to be made official at IFA 2014 in September, and the device is expected to go on sale worldwide before the end of September.