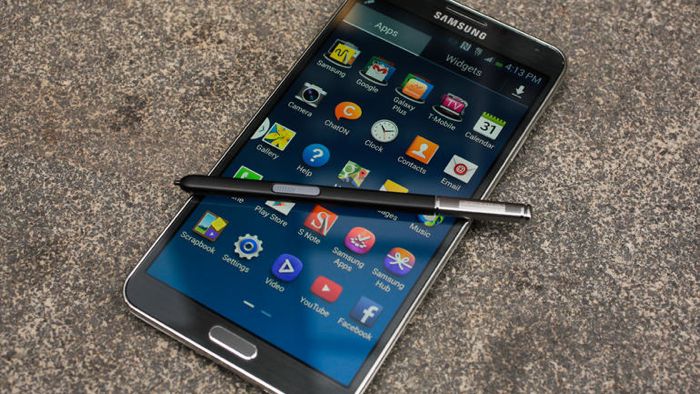 The purported Samsung Galaxy Note 4 is making rounds of appearances in the rumor mill. Not too long ago, a rumor suggested the upcoming Galaxy Note 4 will come with an Ultrasound enabled S Pen.

Recently, @evleaks revealed a list of APKs that reportedly belong to the upcoming Samsung Galaxy Note 4. The APKs give us a good hint of what the upcoming phablet could offer.

Firstly, it seems the upcoming phablet will feature a resolution of 2560 x 1440 pixels as the “SStudio_WQHD” APK suggests. In addition, the purported Samsung Galaxy Note 4 will also feature a fingerprint sensor, possibly a one similar to the one found inside the Samsung Galaxy S5 and Galaxy S5 Mini.

Some of the APKs are self-explanatory such as the VoiceNote4T, etc. But, there are some new APKs listed in the image as well. Well, it would be interesting to see if there will be any surprising feature in the upcoming Samsung Galaxy Note 4.

Other rumored features include a Snapdragon 805 or Exynos 5433 chipset, 3GB of RAM, 32GB storage, microSD card slot, Retina scanner, a 12MP camera and Android 4.4.2 KitKat as its operating system out of the box. Rumors also suggest that it will hit retail with the same color combination as the Samsung Galaxy S5.

Samsung is rumored to launch the flagship phablet at the IFA 2014 event in Berlin in September. We’ll update you as soon as we get any other information about the purported Samsung Galaxy Note 4.