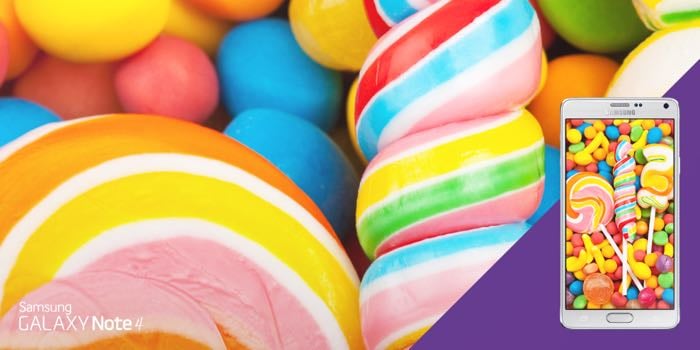 In the past, we’ve already seen the Samsung Galaxy Note 4 running the latest Android 5.0 Lollipop in a leaked video, giving us a glimpse of what we can expect for Samsung’s flagship phablet.

This is a good news, and it makes sense for Samsung to update its flagship phablets to the latest build  to offer users with the latest set of features Android Lollipop has to offer. The same update is also expected to make its way to the Samsung Galaxy S5 LTE-A version, so now there are three devices in the list to get the latest update.

Samsung has already confirmed that Galaxy Note 4 will get the sweet taste of Android 5.0 Lollipop, but failed to provide an exact time frame. There’s no word on when the update will start rolling out, but considering the leaks we’ve seen in the past few days, it shouldn’t take too much time for the update to commence.

But, even if they start it by the end of this month, it should still take a couple of weeks for the update to completely roll out for all regions. We’ll update you as soon as we get any other information.