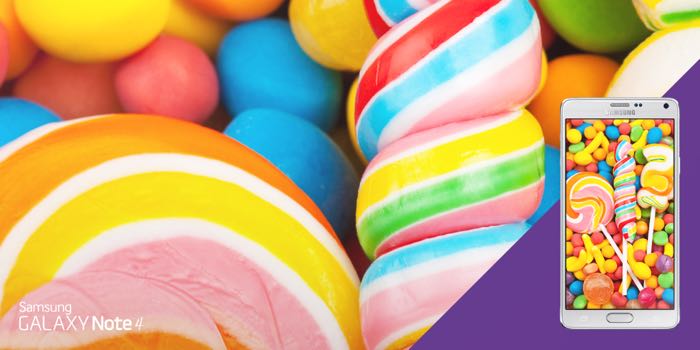 Samsung has yet to release the Android Lollipop update for a number of their devices, we have already seen videos of Android 5.0 running on the S5 and S4, and now we have the Galaxy Note 4 with Android Lollipop.

The video below was put together buy the guys over at Sammobile, and it shows us what Android Lollipop will look like on the Samsung Galaxy Note 4.

The version of Android 5.0 Lollipop on the Samsung Galaxy Note 4 is apparently an early build of the software for the handset, so we can expect some changes by the final release.

As yet we do not have any details on when Samsung will release the Android 5.0 update for their Samsung Galaxy Note 4 smartphone, as soon as we get some more details, and also details on when the update will land on the Galaxy S5 and Galaxy S4, we will let you guys know.