According to the Korean media, the Samsung Galaxy Gear price for South Korea is rumored to be around 500,000 Won, which works out at roughly $450 at today’s exchange rate. 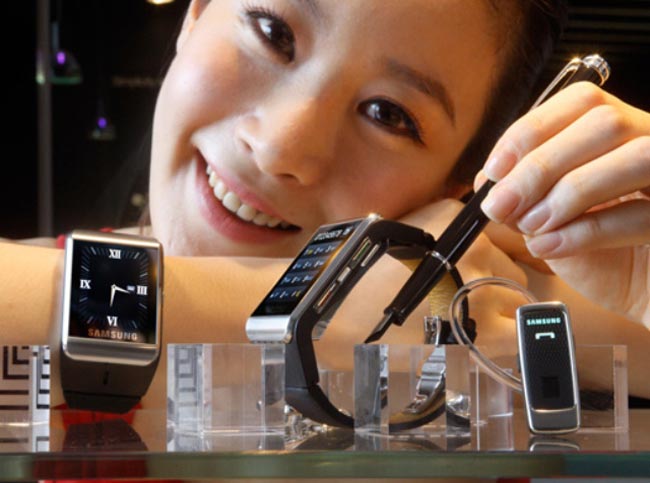 This rumored Samsung Galaxy Gear price seems pretty high to be honest, and we do not know how accurate this is, as prices in Korea are normally higher than in other countries.

The Samsung Galaxy Gear is rumored to feature a 2.5 inch display with a resolution of 320 x 320 pixels, the device will come with a Samsung Exynos 4412 processor, plus 1GB of RAM and Android Jelly Bean.

Other rumored specifications for the Samsung Galaxy Gear include a 4 megapixel camera, and Samsung’s S Voice. The device will work with Samsung’s Galaxy range of smartphones and tablets and possibly other Android devices.

We are hoping that the Samsung Galaxy Gear retails for a lot less than the rumored $450, as this would be quite a bit in top of paying for you smartphone or tablet to use with the device.