Bada 2.0 will bring a range of new features to the mobile OS, including a much improved UI, Samsung will also be adding in support for Near Field Communication (NFC). 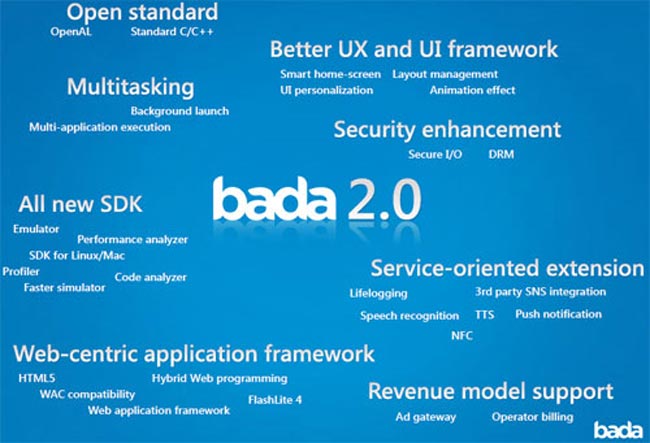 Samsung is yet to confirm whether the Bada OS 2.0 will be for new devices only, or if existing Bada smartphones will get updated to 2.0.

Samsung also announced that they are on target to sell a total of 5 million Bada OS smartphones by the end of 2010, they have also set themselves a target of selling 10 million Bada smartphones in the first half of 2011.