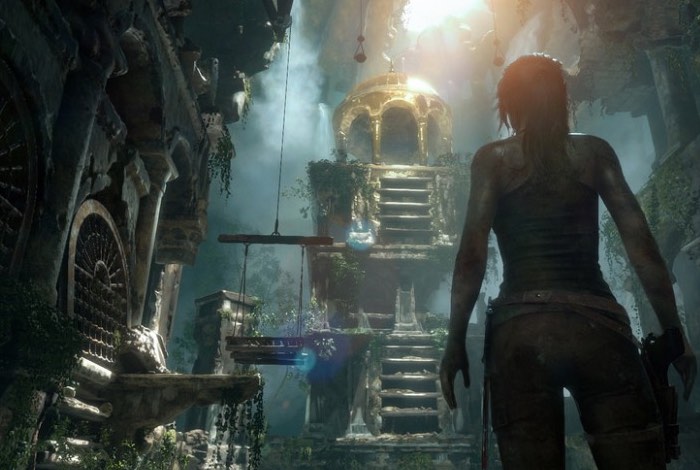 Today the highly anticipated launch of the Rise of the Tomb Raider 20 Year Celebration Edition, has now launched on the PlayStation 4 and Xbox One consoles, allowing PlayStation gamers to now enjoy the sequel to the original Tomb Raider reboot which was made available first on Microsoft’s Xbox One.

Check out the launch trailer below to learn more about what you can expect from the Rise of the Tomb Raider adventure which has been developed by Crystal Dynamics.

Lara’s expansion into the pop-culture consciousness continued to grow in her third year of life. Partnerships established in 1997 came to fruition in 1998 as merchandise requests continued to flood in. “Eidos as a company is very, very protective over Lara so we’re very careful with the merchandise that we choose,” said Janet Swallow, VP of Licensing in GameTap’s Tomb Raider retrospective. “We’ve had two odd requests; one of them was a racehorse owner asking whether he could call his racehorse after Lara, which we declined.” The concern being that the horse may fall at the first hurdle, a risk they didn’t want to take. “And the second one was a tulip grower in Holland,” continued Swallow. “To name one of their brands of tulips after Lara which we thought was quite nice.” She confirms the tulip deal was approved and they were grown in Amsterdam.

Some top tier merchandise also made it through approvals, such a series of 9” figures from Playmates that became immediate fan favorites. Each posed Lara within intriguing dioramas, and kicked off a long partnership with the toy company. Other products included a PlayStation memory card with Lara’s torso jutting out from the console, letting her save games with style. She was also partnered up with U.K. sports drink brand Lucozade for a series of action-packed commercials, and starred in one of German band Die Ärzte’s music videos, taking it to the top of the music charts for eight weeks.

March of 1998 saw the announcement that Paramount had acquired the worldwide film rights to Tomb Raider. “Tomb Raider is a high-energy, inventive and smart action-adventure project,” said Producers Lawrence Gordon and Lloyd Levin in an official release. “It’s based on the rare video game that is well-suited for film adaptation, not only because of its thematic and visual richness, but also because it’s so strongly character and story oriented.” A pair of striking teaser posters were released long before an actress was cast, asking “Who is Lara Croft?” Following the movie’s 2001 release, there would be few left who couldn’t answer that question…